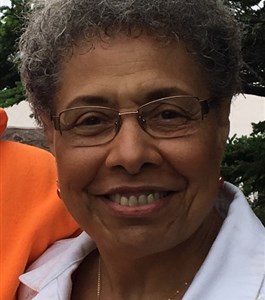 Kendrix, a 2013 graduate of Yale Divinity, earned that school’s Henry Hallam Tweedy Prize for exceptional promise in pastoral leadership, the highest prize conferred on a graduating student each year. That distinction came in part for her efforts in raising awareness about mass incarceration in the United States. She has since gone on to co-author a book on the topic: The Justice Imperative: How Hyper Incarceration Hijacked the American Dream. It focuses on the problem of mass incarceration in Connecticut and provides 30 recommendations for bringing it to an end.

Previous to stepping into her role at SNEUCC last July, Kendrix served as the Interim Pastor at the  Congregational Church of Naugatuck in Connecticut, as well as volunteered on the Together, As One Planning Team.

Prior to being ordained, Kendrix worked in the corporate world, in particular for 15 years as an organizational development consultant for AT&T. The RICUCC search committee determined that experience dovetailed perfectly with the transitioning needs the Conference has been facing.  Kendrix sought to also have a position that allowed her to preach regularly at Rhode Island churches. Also, one day a month, she still preaches and teaches in Connecticut, focusing on mass incarceration and churches, synagogues, and mosques.

Kendrix earned her Executive MBA and her MA in Industrial and Organizational Psychology from the University of New Haven. She earned her Master’s of Divinity degree from Yale Divinity School and a certificate from the Yale Institute of Sacred Music. She is married to her best friend, Alan, and together they have three children, six grandchildren, and a dog.