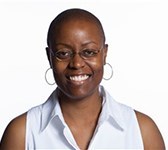 Dr. Donique McIntosh,  Minister for Racial Justice for the Southern New England Conference, writes: "I’m an African-American woman who’s had a front row seat in America’s unending theater of encounters that begin with a racial stereotype and end with a Black person being killed."

There are Precious Few Good Police

Marilyn Kendrix, Bridge Conference Minister, writes : "There are precious few good police. I know that this is a provocative statement but I urge you to read on before you make your decision about this reflection. In order to put some context to this statement, I want to take you through a timeline of my childhood. I want you to think about this statement using my worldview as a lens."

Pay Attention. And Act
Don Remick, Bridge Conference Minister writes: "Ahmaud Arbery. George Floyd. Christian Cooper. Breonna Taylor. They are names that made horrific headlines in the last two weeks. But they are not the only incidents. They made the news because they were videotaped. Others were not."

Lynching Justice in America
The national officers of the United Church of Christ write: "Justice was lynched in America yesterday. But thanks be to God, Justice refuses to die."

Strange fruit
Jolie Rock, Resident Artist at St. Peter United in Houston Texas, performs this song which she states is "not meant to make you feel good."