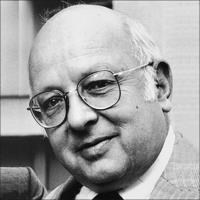 The Rev. Sidney Lovett died on October 5 at his home in Holderness, NH.  He was predeceased by his wife of forty-nine years, Joan, and his brother, Richard. He is survived by his five children:  Kathy Lovett Weymouth (Rich); Molly Lovett Simpson (George); Lisa Lovett; Campbell Lovett (Eileen); and Peter A. Lovett (Kim). He leaves nine grandchildren, five great-grandchildren, numerous nieces and nephews, and his sister, Eugenia Lovett West.

Born in Boston, Massachusetts, Sid grew up on the campus of Yale University in New Haven, CT, where his father, The Rev. A. Sidney Lovett, served as University Chaplain, and his mother, Esther Parker, was an artist and organizer. Sid attended St. Paul's School in Concord, NH, and upon graduation entered Yale. He served as a corresponding secretary for his class and secretary of the Russell Trust Association. He received his M.Div. from Union Theological Seminary in New York City, and as an ordained minister in the United Church of Christ, he served in four churches and as the Conference Minister in the Central Atlantic Conference. In 1984 President Ronald Reagan nominated him to the inaugural board of the United States Institute of Peace (USIP). He was confirmed by the United States Senate and served from 1985-1991. During his tenure as chair of the USIP Long Range Planning Committee, plans were finalized for the construction of its headquarters across from the Lincoln Memorial in Washington, DC. In 1985 he and his wife, Joan Campbell Lovett, returned to Holderness, where he had spent summers. While there, he chaired several organizations including the Holderness Historical Society, the Squam Lakes Association, and the Lakes Region Advisory Board, New Hampshire Charitable Foundation. He was the first chair of the New Hampshire Lakes Association, and he served on the President's Council at Plymouth State University. He entered politics in 1992 and served five terms in the New Hampshire House of Representatives. Among his many organizational affiliations, Sid was a board member of the Community Renewal Society in Chicago, a Director of the Alban Institute in Washington, DC, a member of the Metropolitan Club in Washington, DC, and the Monday Evening Club of Hartford, CT. The guidance he provided to individuals and institutions, the counsel he offered to many people, and his enthusiasm for education, politics, and the environment gave him great joy and confirmed his unparalleled ability to connect people. His constant reading of books and periodicals kept him active and engaged with history and current events. His keen wit, warm smile, and generous and gracious spirit will be remembered by many.