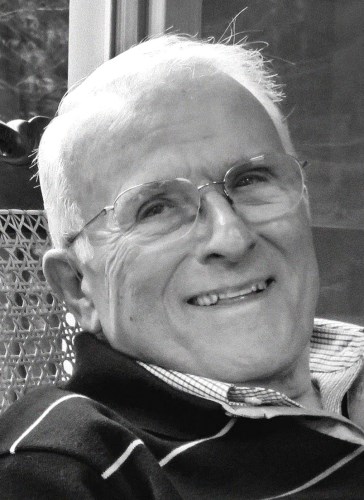 The Rev. Robert K. Buckwalter passed away on January 15, 2022 at Piper Shores Retirement Community in southern Maine.  Robert is survived by his daughters Deborah Booth and her husband Richard from Hudson, MA; Elizabeth Buckwalter and her husband Andrew Greenberg from Cazenovia, NY; Sarah Madden and her husband William from Huntington, MA; and six grandchildren, Rachel (Booth) Webb and her husband, Jim, Hannah Greenberg, Luke Madden, Emily Booth, Leah Greenberg, and Patrick Madden; and one great-grandson, Oliver Webb.  He was predeceased by his wife Kristin in 2020.

He was born in Leola, PA, the son of Paul and Daisy Buckwalter.  Robert received his B.A. degree from Dickinson College in 1960 and his Theology degree from Boston University in 1963. He was also awarded a graduate theology degree from the Graduate Theological Union in Berkeley, CA, when he was the pastor of the Japanese American Ethnic Church in Alameda, CA. He served as pastor of UCC churches in North Adams, Belmont, and Williamstown, MA and finished his career as Chaplain of Williams College, retiring in 2000.

While at Dickinson College, Bob met the love of his life, Kristin, who died on February 15, 2020. They were happily married for 60 years and raised three daughters. Kris and Bob spent most of their married life in the Berkshires of Massachusetts.

Robert was a devoted husband, father, grandfather, and great-grandfather. He was enlivened by the varied interests and talents of his family and was open-minded about their life choices. When he turned 80, his grandchildren gave him an award for being a truly progressive octogenarian.

In his ministry, Robert advocated passionately for civil rights, human rights, and equality. He was civically engaged and sought to create strong and thoughtful communities.

Bob had a quick wit, broad knowledge from daily newspaper perusal, and an appetite for good conversation and debate. Everyone who knew Bob appreciated his warmth, laughter, and generosity. He appreciated beauty in visual art, music, books, landscapes, gardens, rocky shores, and a good meal. He was creative and meticulous - always fixing, building, and designing things wherever he lived. Bob was a lover of Boston sports, especially the Red Sox, although his all-time favorite player was Stan Musial, the icon of the St. Louis Cardinals and the reason Bob's grandchildren knew him as "Stan."

For more than 25 years, Bob and Kris enjoyed family vacations on the Maine coast, which influenced their decision to retire to Piper Shores in 2010.

Robert's family is grateful to the many wonderful friends and neighbors Bob and Kris had throughout their married life including their time at Piper Shores. Also, they want to thank the staff at Piper Shores, the Wellness Center of Piper Shores, and Hospice of Southern Maine for their compassionate care and support.

Due to COVID restrictions, the family will have a celebration of Robert's life at a later date.