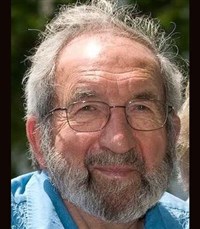 The Rev. Paul Sinn died peacefully on Sunday, June 6, 2021 with his family gathered around him, holding his hands, saying "I Love You" and supporting one another. His body was given to Tufts University School of Medicine in Boston. Paul is survived by his wife Rosalee, his children, grandchildren and great-grandchildren, Paula Sinn; Timothy Sinn, Heather Sinn, Dan Massey, Rowan and Finn; Bethany (Sinn) and Nick Magnatta, Cecilia and Carter; Susan (Sinn) and Joe Dupuis; Travis and Kristy Dupuis, Lyla, Joey and Audrey, Rachel Dupuis and Jared Clemenzi; Mark Sinn, Ashley and Adrianna, Jessica Sinn and Rob Norton.

Paul began his journey on a farm in Bloomington, IN as the youngest of seven children. Influenced by family and the church, Paul studied for the ministry at Phillips University and Phillips Seminary in Enid, Oklahoma. Paul met his wife Rosalee from Tulsa, Oklahoma, at Phillips. She was studying Religious Education. Following graduation Paul accepted a position as youth minister at Central Christian Church in Danville, Illinois. Paul and Rosalee were married and began their life together in Danville. They returned to Phillips in the fall of 1955 for Paul to begin his studies for a Masters of Divinity degree and for Rosalee to complete her Religious Education degree. Study in Pastoral Clinical Education in hospital settings in Boston, gestalt therapy and Intensive journal writing enriched Paul's understanding of life. He received his master's degree in Sacred Theology from Boston University.

Paul served churches in Pawnee Rock, KS, Davenport, OK, Danville, IL, New Ipswich, NH and Whitman, MA. From 1971 to 1996, he served on the Conference staff as the Southeast Area Minister of the United Church of Christ in Massachusetts with an office at The Church of the Pilgrimage in Plymouth. Paul's approach to ministry was practical and inclusive. Pastoral Counseling was an important part of his ministry. He was also a student of and practiced energy healing. Following retirement Paul focused on writing a definitive book on his personal theology "Seasons of Life - Seasons of Faith". He was a remarkable poet and self-published a book of his poems "Seasons of Life". Paul was active in peace and justice issues in the United States, Zimbabwe and El Salvador. He was honored to be with his friend Zane Knoy at the March on Washington in 1963 and to be present when Martin Luther King gave his "I Have a Dream" speech. Traveling to 20 countries deepened Paul's appreciation of global diversity.

A service of celebration and remembrance will be held on Saturday, June 26, 2021, at The Church of the Pilgrimage, 8 Town Square, Plymouth MA at 11am, followed by a collation.  ​Memorial gifts may be made to the Southern Poverty Law Center, 400 Washington Avenue, Montgomery, AL 36104 or by calling 334-956-8408, or to the charity of your choice. Cards can be sent to 45 Massasoit Avenue, Plymouth, MA 02360.