The Rev. Ms. Denise A. Karuth

The Rev. Ms. Denise A. Karuth 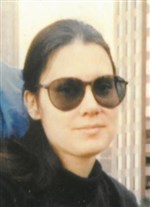 The Rev. Ms. Denise Anne Karuth died peacefully on Easter Sunday, April 21, 2019.   Denise is survived by her mother Betty, her sister Linda and brother-in-law Harry Startup of Scottsville, New York, her brother Edward in Rochester, her lifelong companion Fred Pelka in Easthampton, her faithful dog guide Fendi, and her very many other family, friends and admirers.

Denise was a champion for the rights of people with disabilities, and an internationally recognized figure in the struggle for affordable, accessible mass transit. She will be remembered for her compassion for others, her commitment to justice, and her enduring faith in a loving God.

Denise was born in Buffalo, New York, but spent her first five years in the Adirondack Mountains. She was born several months prematurely, and became legally blind a result of being placed in a pure oxygen incubator. She graduated from Amherst High School in Amherst, New York, and matriculated at the State University of New York at Buffalo, where she majored in music. She graduated magna cum laude, and moved to Boston, where she quickly became a leading figure in the local disability rights movement. She was a volunteer at the Vision Foundation in Brookline and a peer counselor at the Boston Self Help Center, eventually becoming the Center’s executive director. During this time she earned her masters degree in rehabilitation counseling from Boston State College.

Denise was diagnosed with multiple sclerosis in late 1981, and soon after began using a power wheelchair for mobility. Unable to obtain her driver’s license due to her blindness, she soon realized that the mass transit system in Boston, and indeed throughout the world, was woefully inaccessible. She became an expert on the subject, and was invited to lecture in Sweden, Canada, France, and across the US, noting that “accessible, affordable transportation can make the difference between living in the community and being imprisoned there.”  In 1984 Governor Michael Dukakis appointed her to chair the Massachusetts Commission on Accessible Transportation.

Denise was also an active member of First Church in Cambridge, becoming that congregation’s youngest ever deacon.  In 1985 she co-founded and became chair of the First Church Committee on the Human Shelter Emergency, helping to found a long-term shelter for homeless men. She was a founding member of the Massachusetts Coalition of Citizens with Disabilities, the HIV/AIDS and Disability Alliance, the Massachusetts Disability Consortium, the Access Advisory Board of the Museum of Fine Arts in Boston, among many other organizations. She was a member of the board of directors of the Boston Center for Independent Living, becoming the board’s chair in 1984, and was in the 1990s an advisor to the Ethical, Legal and Social Implications Working Group of the Human Genome Project.

Denise was also a published author. Among her many publications are her modern, inclusive language translations of hymns in the Bay Psalm Book, as well as papers on accessible mass transit, and a chapter in Ordinary Moments: The Disabled Experience.
Denise moved to Florence in 1994, and became a member of First Churches in Northampton. From 1999 to 2003 she was an advisor to the Protestant Community at Mt. Holyoke College, and from March 2005 until her final illness she was a grant writer for the Home Sweet Home program of the Stavros Center for Independent Living, raising funds to build wheelchair ramps for people with limited financial means. In 2014 she earned her masters of divinity degree from the Episcopal Divinity School in Cambridge, and was ordained a minister in the United Church of Christ on November 27, 2016.  Denise was diagnosed with an inoperable brain tumor in May, 2015. After her ordination and until only weeks before her death she served as the St. Francis Minister of Outreach and Blessings at the North Hadley Congregational Church.