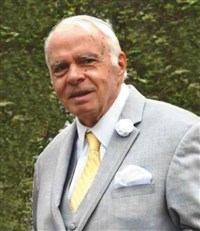 The Rev. Mr. Thomas (Tim) Carlton died on October 22, 2017 after a long illness, surrounded by his family.  Tim's most recent pastorate was with the Union Church, UCC, in Ludlow where he as pastor for 27 years.

Tim graduated from Masconomet Regional High School, playing in the concert and marching bands, the Singers Chorus and the Thespian Society. An exceptional trombone player, he played in almost all of the District and All-State Honor Bands.  As an original member of the rock band The Spectras, he played with the band at the Hampton Beach Casino Ballroom from 1966-1969. He was very proud that they opened one summer night for the Beach Boys.
Tim packed a four-year bachelor’s degree into seven years, starting at Lehigh University and, after three years, he transferred to Hartt School of Music. He finished at Boston University, where he was lucky to fill in all of his credit gaps to receive a Bachelor of Liberal Studies, graduating Cum Laude.

In 1970, he was selected for the Massachusetts Army National Guard Band. Following his honorable discharge, he entered Andover Newton Theological School and received a Master of Divinity degree in 1975. He served in Massachusetts UCC churches in Duxbury, Hatfield and Ludlow and served as an interim in several other churches. Tim was a friend to many in times of crises and distress, and he was especially committed to children, members of the LGBTQ community and friends of Bill.

A celebration of Tim's life was held at United Congregational Church, UCC, 300 Appleton Street, Holyoke, MA at 11:00am on Friday, November 3, 2017.  A lunch reception followed.  Memorial contributions may be made to Union Church of Christ, Ludlow, PO Box 445, Ludlow, MA or to HCS Headstart, Inc, 30 Madison Ave, Springfield, MA 01105.