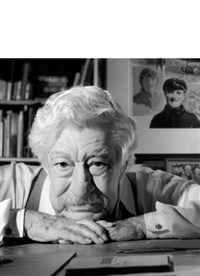 The Rev. Mr. John Thomas Leamon died on May 31, 2019 at Soldier's Home in Holyoke, MA.  Tom is survived by his wife, children, grandchildren, nieces and nephews, grand-nieces and nephews, great-grand nieces, and a similarly sizeable group from his second marriage. They are scattered throughout the United States and in Istanbul, Turkey.

Born in 1925 in Salem, MA, he attended public schools in Melrose and Cambridge, receiving a regional award for his drawings. He was drafted into WWII immediately after high-school and served in the Army at the Battle of the Bulge. He was honorably discharged with a Bronze Star and Purple Heart in August,1945.

In 1949 he graduated with a degree in Illustration from the Rhode Island School of Design and opened a studio in Boston. In 1953 he received an M.Div. from Hartford Theological Seminary and was ordained as a Congregational Minister. His first parish was in Amherst, MA, and he subsequently served Congregational communities in Cincinnati, OH, Danielson, CT, and Williamstown, MA, all the while continuing to pursue his art work, as well as teaching, writing and lecturing nationally on art and religion.

In 1976 he returned to illustration full-time and re-established residence in the Pioneer Valley. He was a founding member of the Western Mass Illustrators' Guild and his work was included in many of their exhibits.  A self-published book, The Military Art of J. Thomas Leamon, authored by Tom's brother James S. Leamon of Casco, ME, appeared in 2016 (jamesleamon.com/tomsart).  It encompasses Tom's war-time artwork for "Company A" of the 289th Infantry Regiment as well as his lifelong fascination with WWI airplanes and their pilots. One of those paintings, a portrait of the French flying ace, Charles Guynemer, is part of the permanent collection of the Smithsonian Air and Space Museum in Washington, D.C.

A memorial reception will be held on Saturday, July 13, 2019 from 4:00-6:00pm at the historic Whately Town Hall, 194 Chestnut Plain Road, Whately, MA.  In lieu of flowers, donations to The Soldiers' Home, Inc., attn: Treasurer, PO Box 1338, Holyoke, MA, 01040, would be appreciated, as the staff there provided excellent and loving care to Tom during his last 3 years.