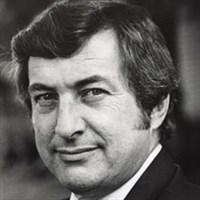 The Rev. Mr. Deane Roger Lanphear died on June 18, 2016.  He was predeceased by his wife of 56 years Cynthia Lanphear, and was survived by his three children: Daughter Karen (Lanphear) Malinowski and husband Wayne of Livonia, NY; son Brad and wife Jamie Lanphear of Colorado Springs, CO; daughter Kristin (Lanphear) LaPorte and husband Brad of Gorham, ME.

Deane was born in Northfield, Massachusetts. He attended Mt. Hermon School for Boys, the University of Massachusetts, and went on to attend the Andover Newton Theolgical School, and was ordained in 1961.  His first and most beloved church was Maple Street Congregational Church in Danvers, MA. In 1968 Deane moved his family to Northfield Mount Hermon School in Gill, Massachusetts where he began a 17 year career in education working with young people. After leaving NMH in 1985 Deane and Cynthia continued their life in education by serving the diverse needs at various independent schools across the Country including schools in Georgia, Illinois, Kansas, Virginia, Connecticut, Massachusetts, and Alaska.

He finally gave in to retirement relocating to Dataw Island in Beaufort, South Carolina where he ruled the links for many years. In 2006 Cynthia and Deane moved to Maine to be close to family due to Cynthia's health. Deane remained active on the golf course and served on the board of the Alzheimer's Association and People Plus.

A celebration of his Life was held at NMH in the Fall of 2016. Arrangements were under the direction and care of Brackett Funeral Home, Brunswick, ME.