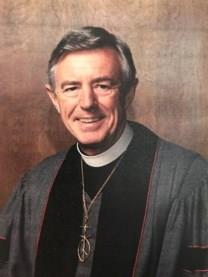 The Rev. Bertram was born in W. Springfield, MA on July 27, 1933 to Malcolm and Margaret Bertram. Mal is survived by his wife Barbara (Bruder) whom he married on June 18, 1955. He is survived by his three children: Malcolm S. Bertram of Boston, Lee R. Bertram and his wife Margaret (Santoli) of Bayport, NY and Lori Ann Bertram and her husband George Arnos of Hull, MA. He is also survived by four grandsons: Malcolm, Spencer, Lee, and Kurtis.

His dedication and commitment to the UCC was evident in every way. He was Parliamentarian for countless UCC General Synods. During his Syosset years, he conducted Lenten services for commuters on the Long Island Railroad. His lifetime commitment to social justice led him to Russia, Nicaragua, Germany and many areas in the US. He worked for the rights of Farmworkers to stand with Cesar Chavez.

He was an Annuitant Visitor for the UCC Pension Boards, consultant with churches and clergy and continued his work as parliamentarian with the UCC Connecticut Conference and local churches. He also served as Interim Conference Minister of the Metropolitan Boston Association of the MA UCC Conference and was an active member in his home church.