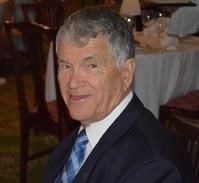 The Rev. Lloyd H. Dunham passed away on Sunday, December 13, 2020 with his wife of 67 years, Laurie Dunham, at his side. He is also survived by four children: Donald (Joan); Larry (Leslie); Meg (Jeff LaVault); and Kellie Sisco (Rich); seven grandchildren and one great grandchild; and his brother, Malcolm. He was predeceased by his brother, Edward.

He grew up in Keene, NH and was one of three sons to Mary and Elmer Dunham. Lloyd was a soprano in the children's choir and later became a leader in the Methodist Youth Fellowship and community Protestant youth events. After graduating from high school, he set forth beyond his New England roots to attend college at West Virginia Wesleyan where he met his future bride. During his college years he was employed (when home) as an orderly in the local hospital where he also drove the ambulance and assisted in the morgue. During college years he was engaged in a struggle to decide on a career in electronics, the medical field or in ministry. By 1953, he had decided on the ministry in team with his bride, Laura Lea Sharps, a northern Ohio gal.  He attended Vanderbilt University Divinity School in Nashville, TN. Lloyd and Laurie engaged in youth ministry at the Methodist Church of Lebanon, Tennessee before moving to Rocky River, Ohio in 1955 where he served on the staff of Rocky River Methodist Church as associate minister and she as director of Christian Education. Lloyd continued his seminary studies at Oberlin College Graduate School of Theology. He served the Dutch Reformed church in Schenectady, NY before moving to the United Church of Christ and serving at the First Congregational Church in Chappaqua, N.Y.  He was the Senior Pastor for many years at Second Congregational Church in Greenfield, MA before concluding his ministry at churches in Lowell and Medfield, MA.

During his time in Chappaqua, NY he also served in the Millwood Volunteer Fire Company where he enjoyed driving the fire truck and drove school buses in the mornings for several years.

Lloyd retired in 1996, moving to Port Orange, Florida. Lloyd accepted another interim pastorate at the United Church of Christ in New Smyrna Beach, Florida while looking for a church home in Florida. He volunteered for many years as a certified massage therapist for Hospice.

Off and on over the years Lloyd and Laurie had found themselves drawn to Unitarian Universalism. They found themselves most comfortable among UU's in Ormond Beach and attracted to a group who were founding a new UU Church in Daytona Beach and became charter members. Ever since, they have found their church home at Community Unitarian Universalist Church in New Smyrna Beach. Lloyd has been pulpit guest in a number of UU and UCC congregations in central Florida while often speaking at CUUC where he served that church as president for three years.