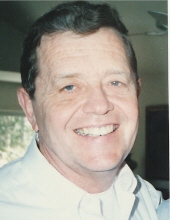 The Rev. Dr. Stanley Possell died on March 20, 2022.  He was predeceased by his wife Elaine in 2011.  Stan is survived by his wife, Rita Collins, his four children; Lisa and Linn of Orlando, FL, Stephen of Indiana, and Lois of Connecticut; his eight grandchildren, Lexi, Haley, Stephen, Camden, Megan, Quinton, Brianna, and Mason; and his sister Sharon Michael of Indiana.

Stan was born in Fort Wayne, IN and graduated from Fort Wayne Central High School where he was active in sports and music, a class officer, and president of the Student Council.  He went on to graduate from Earlham College in Richmond, IN.  Stan married Elaine Holland and moved to Upton, MA where Stan became the pastor of the Upton United Methodist Church while also attending the Boston University School of Theology.  He received his M.Div. and was ordained in 1961 in Muncie, Indiana.  Stan was then called as the pastor of the Park Congregational Church in Worcester, MA and served there from 1965 to 1967.  During this time in Massachusetts, Stan and Elaine were blessed with four children.

Stan returned to Indiana where he became the pastor of the Park Place United Methodist Church in Anderson from 1967 to 1974.  While in this position, Stan helped originate and became the executive director of an ecumenical 24-hour crisis intervention center CONTACT-HELP.  He also served as president of the Ecumenical Council and president of the Madison County United Way Board of Directors.  He returned to Massachusetts serving as the senior pastor of the former Chestnut Street Congregational Church in Worcester, MA and earning his D.Min from Boston University concentrating in liturgical studies and Biblical Interpretation of the Arts.  Stan held a leadership position in the Worcester Council of Churches and was a member of the Board of Directors of the United Way of Central Massachusetts.

An avid singer with an amazing baritone voice and a passion for singing the musicals, an accomplished athlete (played football in college and was a dead-eye in basketball), a fanatic coach, a dog lover, a supreme handyman, devoted husband, father, and grandfather – this describes Stan best.  Among his greatest joys was building a lakefront cottage in Indiana, and then purchasing a small lakefront cottage in Spencer, MA and building it into a magnificent home.  Elaine, Stan and family summered at Oakland Shores in Spencer beginning in 1975.  He absolutely loved paddling the canoe with Elaine and playing with his eight grandchildren.  And oh the magnificent stories that he could tell.  When Elaine became ill, Stan and Elaine moved to Connecticut to be near their youngest daughter.  Stan lived in CT until his passing.

Funeral services will be celebrated at the First Congregational Church of Vernon, 695 Hartford Turnpike in Vernon, CT, on Saturday, March 26, 2022, at 11:00 am. Burial will follow in Storrs Cemetery, N. Eagleville Road, Storrs, CT.  There are no calling hours.  In lieu of flowers, memorial contributions may be made to LiveWell, 1261 S. Main St., Plantsville, CT 06479, the center where Elaine lived and thrived during her final years.