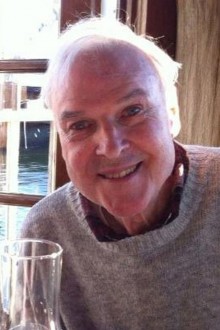 Dr. Singer was born in Philadelphia and graduated from from Harvard University in 1958, Yale Divinity School in 1961, and received a Doctorate of Ministry degree in Pastoral Psychology at the Andover Newton Theological School in 1982.  He was a 1st Lieutenant and Battery Commander during the Korean War, and a member of The American Legion.

He served as a pastor in Hingham and Marion, MA as well as in Newtown, Easton, Avon and Middle Haddam, CT, and helped create the new Shalom curriculum for Sunday School which gained national attention, denominational recognition and publication.  Dr. Singer was a member of the United Church of Christ, Interchurch Council of Greater New Bedford, and the Housing for Elderly Committee in Marion.  He was Police Chaplain and a member of the Youth Services Board in East Hampton, CT.  After retiring, Mr. Singer became an Honorary Minister at the First Congregational Church of Falmouth, assistant chaplain at Falmouth Hospital, and interim pastor of various local churches.

A funeral service was held at 1:00 pm on Monday, December 5, 2016 at the First Congregational Church of Falmouth, 68 Main Street, Falmouth MA.  A burial service will immediately follow the church service, at Agawam Annex Cemetery, located at the end of Stillman Memorial Drive in Wareham, MA.

Afterwards, everyone is invited to attend a reception at Lindsay’s Family Restaurant, 3138 Cranberry Highway, Wareham to share memories and celebrate Bob’s life.  In lieu of flowers, donations may be sent to Church World Service, P.O. Box 968, Elkhart, IN 46515.

To read more about Dr. Singer please go to:  http://www.ccgfuneralhome.com/obit/rev.-dr.-robert-b.l.-singer-jr