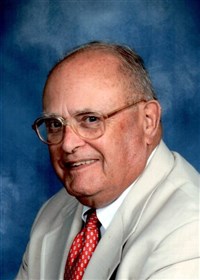 The Rev. Dr. Philip H. Mitchell passed away on Friday, June 22, 2018 at his home in Orleans, MA.  He was the husband of the late Barbara Fay (Madden) Mitchell, and the father of Christi Ann Mitchell and the late Timothy Paul Mitchell, as well as other beloved family.

Rev. Mitchell graduated from Amherst  High School in 1949, started college at Amherst College and then joined the Army during the Korean War.  After two years of military service, he returned to school, graduating from the University of Massachusetts (Amherst) in 1955.  In 1957, he married the girl next door, Barbara, with whom he celebrated 54 years of marriage until her death in 2011. He attended Andover Newton Theological School, served as a student pastor at the Maple Street Congregational Church in Danvers, MA, and graduated with a Bachelor of Divinity in 1959. Twenty years later, he received his Doctorate in Ministry from the San Francisco Theological Seminary.

Phil was a beloved member of the Federated Church in Orleans, serving over the years as Moderator, Stewardship Chair, Adult Education, Finance Committee, Bible Study leader, preacher and teacher and beloved friend to many.

A service will be held on Saturday, July 7, 2:00pm at the Federated Church of Orleans (162 Main Street, East Orleans, MA) with a reception immediately after.  In lieu of flowers, contributions may be made to the Federated Church of Orleans Memorial Fund (PO Box 761, East Orleans, MA 02643), or Habitat for Humanity Cape Cod (411 Main Street, Suite 6, Yarmouth Port, MA 02675), or the Ted Madden Scholarship Fund of Amherst Regional High School (21 Mattoon Street, Amherst, MA 01002).

To read more go to:  https://www.dignitymemorial.com/obituaries/orleans-ma/philip-mitchell-7893069