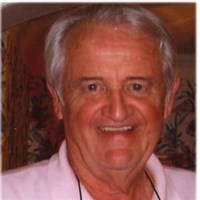 The Rev. Dr. Merle R. Jordan passed away on March 25, 2018.  He is survived by his wife Barbara; son Christopher Jordan and wife Elaine Kubota of HI; daughter Marcia Ann Jordan and husband Mark Huston of WA; and son Ross A. Jordan and wife Patricia Dennehy Jordan of Plymouth, MA; and grandchildren Thomas, Brianna and Bailey.

Born in Portland, Maine the son of Everett C. Jordan and Ida Mae Moore, who died of scarlet fever when Merle was 51/2 weeks old. He was raised by his father and loving step mother. Emma Frances Dunn. He grew up in South Portland, Maine. He received his BA from Bowdoin College where he was Phi Beta Kappa, Captain of the basketball team for two years, President of the Student Council, President of the Senior Class and a pitcher on the baseball team. He received his B.D degree from Andover Newton Theological School in 1956 and was ordained as a minister that same year. He served churches in Maine and California.  He received his Th.D. degree in pastoral counseling from the school of Theology at Claremont in California in 1965. He did a year of post-doctoral studies at the Merrill-Palmer Institute in marriage counseling and psychotherapy.