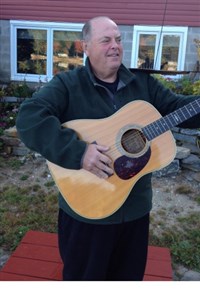 The Rev Dr. Gordon Elon Ellis died on Sunday September 13, 2020, a victim of pancreatic cancer. He was surrounded by his loving family.  He is survived by his wife Diane, and two children, Ryan Ellis and his wife, Cindy, of Miami, FL, and Lyndsey Ellis and her husband, Christian Donaldson, of Arlington, VA. He also leaves a beloved granddaughter, Leilani Ellis, of Miami, FL; a brother, Mark Ellis, and his wife, Anne, of Athol, MA; a father-in-law, Russell Deane, of Bernardston, MA; and a sister-in-law, Sherry York, and her husband, Jim, of Ashford, CT; as well as several nieces and nephews.

Born the son of the late Frederick E. Ellis and the late Helen E. (Oickle) Ellis, he grew up in Orange, Turners Falls and Bernardston, MA, graduating from Northfield Mount Hermon School.

At age 16, Gordon met his beloved wife, Diane (Deane) Ellis, and they were married following his graduation from Springfield College. Gordon later earned a Masters' degrees from Yale University Divinity School and a doctorate from Hartford Seminary. He was ordained in 1976 at the United Church of Bernardston, and had a 38-year career serving 4 churches: the First Congregational Church of Wallingford, CT; the Seekonk Congregational Church in Seekonk, MA; the First Congregational Church of Southington, CT, where he was Pastor Emeritus; and the United Church of Christ in Keene, NH. During his career, Gordon was well-known for developing creative worship experiences; revitalizing churches; leading tours to the Holy Lands of Israel, Jordan and Palestine; and leading many mission trips to Mexico, Ecuador and Pine Ridge Indian Reservation in South Dakota. Most extraordinary was his pastoral care to each member in need. In 1991, Pilgrim Press published his book, New Beginnings. He served on the Board of Directors and Executive Board of the Southington, CT YMCA for many years and was one of the founders of the CT and NH chapters of Every Dollar Feeds Kids, feeding hungry children in Mexico through VAMOS in Mexico; and the Ecuador Foundation Fund, which provides for the needs of Fundacion Sor Dominga Bocca, a foundation for girls victimized by sexual and physical abuse, homelessness, and poverty in Guayaquil, Ecuador.

Since retiring in 2014, Gordon served as the Choir Director at the Trinitarian Congregational Church of Warwick, MA. He also created and produced two solo CDs, "That There May Be Love" and "Eyes of Wonder," by Gordon E. Ellis.  Additionally, together with his brother Mark, he created two CDs by The Ellis Brothers: "Legacy," and a CD of entirely original music composed by the brothers: "Love Heals." A third CD is process but has been delayed by Gordon's illness. He also enjoyed time with family and friends, traveling with Diane and their friends, writing song lyrics and poetry, playing guitar, concerts, listening to all kinds of music, bicycling, hiking and swimming.

Due to the dangers caused by the pandemic, A Celebration of Life Service will be held for Gordon Sunday, September 27 at 1:00pm on YouTube. Calling hours with the Ellis Family will immediately follow the service on Zoom. Updates will be posted on Gordon's Facebook page and the service can be searched on google that morning.

In lieu of flowers, contributions in Gordon's memory may be made to The Ecuador Foundation Fund in memory of Gordon Ellis, c/o First Congregational Church of Southington, 37 Main Street, Southington, CT 06489, payable to "FCC", and in memo line "EFF/Gordon Ellis".  Or, VAMOS!, PO BOX 212, Weston, VT 05161.