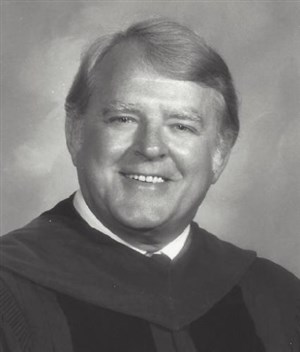 Eric graduated from Vilas High School, University of Maine, Bangor Theological Seminary, and Andover Newton Theological Seminary where he earned his Doctorate of Ministry degree in 1978.  He was ordained in May 1954 and served churches throughout Maine, New Hampshire, and Massachusetts with his longest tenure at Faith United Church, Springfield.  After “retiring” in 1993, he and his wife, Beth, returned to Springfield, and Eric continued to serve as interim pastor in several churches in Western Massachusetts as well as filling pulpits around the greater Springfield area.  He enthusiastically led vespers at Reeds Landing and preached his final sermon in August at First Church in East Longmeadow.

The Committal of Eric’s body was held at the Springfield Cemetery on Saturday, October 22, at 10am.  The Service of Thanksgiving for Eric’s Life was held at Faith United Church, 52 Sumner Avenue, Springfield, at 1:00pm. Memorial contributions may be sent to Baystate Medical Center Philanthropic Department, 759 Chestnut Street, Springfield MA 01199.  Please earmark contributions to Palliative Care and Bereavement Trays on correspondence.

To read more about Eric please go to:  http://obits.masslive.com/obituaries/masslive/obituary.aspx?n=eric-w-bascom&pid=181998420&fhid=20741