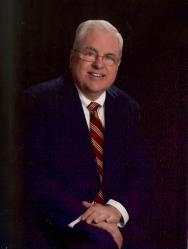 The Reverend Dr. Donald Howard Westerberg, of Roxbury, CT, passed away on Tuesday November 1, 2016 with his family by his side.

Don was born on March 1, 1948 in Omaha, Nebraska, son of the late Howard A. and Edith C. Westerberg. Donald graduated from Omaha North High School and Hastings College. He received masters degrees from Yale University Divinity School and Iona College. He received a PhD from Union Institute & University. Donald married his high school sweetheart Bonnie Nelson on May 27, 1972 at Trinity Lutheran Church in Omaha, Nebraska.

Don had a meaningful career as an ordained minister and psychologist. He worked for 10 years as the Pastor at Roxbury Congregational Church in Roxbury, CT. For more than 30 years, he worked as a psychologist at Interface Center in New Milford. He also did interim preaching at various local churches.

Don was active in his community, serving as a volunteer with the Roxbury Fire Department and Ambulance Association for many years. Don enjoyed fishing trips to the Winnipeg River in Canada, hunting and visiting family farms in Nebraska, football games in Lincoln, family time in the pool and on the porch, Swedish customs in his home, and great friends.

However, his greatest passion of all was his family. Besides his wife of 44 years, Bonnie, he is survived by his son Peter D. (Megan) Westerberg of Mahwah, NJ and his daughter Linnea (John-Michael) Engles of White Plains, NY, his sister Lynne Miller and his granddaughter Anna E. Westerberg. Don never missed one of his children’s sporting events or important moments in their lives. He took great care of his family, lived a life of gratitude and faith, and will be remembered as the best father and husband for which his family could have asked.

Visitation was held on Sunday Nov. 6, 2016 at Lillis Funeral Home, 58 Bridge Street, New Milford, CT. A funeral service was held at the First Congregational Church in New Milford, CT on Monday Nov. 7. Don will be buried privately by his family and close friends at Roxbury Cemetery.

In lieu of flowers, contributions in Donald’s memory may be made to the First Congregational Church of New Milford and/or Pulmonary Fibrosis Foundation.