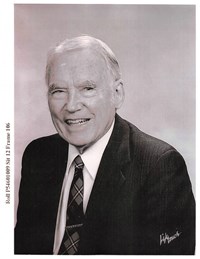 He was born in Brooklyn, NY, and grew up in western New York state.  He graduated from Wellsville High School, and Haverford College.  He served in the United States Army during World War II and then later returned to complete his studies in philosophy at Haverford College.  He received his Master's of Divinity from Union Theological Seminary and Doctor of Ministry from Andover Newton Theological School. He has served churches at United Church of Christ in Woodhaven, NY and First Congregational UCC in Holliston, MA for over 30 years. His son, the Rev. Mr. Paul Sangree is also a UCC pastor in Massachusetts.

He and Betty lived on Cape Cod and Sanibel Island, where he enjoyed spending time with his family playing tennis, swimming, playing basketball, and cribbage. In recent years, he lived in Maplewood, NJ, at Winchester Gardens and was an active participant at the Morrow Memorial United Methodist Church.

A memorial service was held at the Morrow Memorial United Methodist Church, 600 Ridgewood Road, Maplewood, NJ, on Saturday, October 14, 2017, at 2:00 p.m. A reception followed.  In lieu of flowers, please consider making a contribution in memory of Charles Spahr Sangree to the United Church of Christ at ucc.org.

For more information, or to send condolences, please visit jacobhollefuneralhome.com.