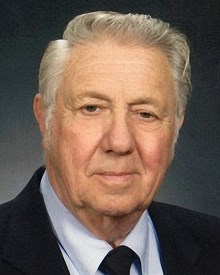 That which he most reverently believed about the "Father's Home" on the far side of the "Valley of the Shadow of Death" and saw with the eyes of faith is now revealed to him in all its spender… home.  Art was born in Quincy, MA to Arthur H. and Elsie Korpi Dunham where he attended school, graduating from high school in 1951. From age 15 thru 18, Art worked as a layer and finisher of hard wood floors. One Sunday the Pastor at Bethany Congregational Church took him aside and asked, "have you ever given thought to entering the ministry?"  He had not but they saw something in him. This led to a 7-year pilgrimage from New England College in Henniker, NH to the Hartford Theological Foundation in CT and back to Bethany Church, where on September 20, 1959, a Service of Ordination Into the Christian Ministry was held. This 7-year journey was full of surprises, challenges, hardship, gifts out of the blue, and the times as Art would say "I was hungry, broke, tired and tried to keep up".  He earned his way through working a variety of jobs including chicken coop cleaner and egg gatherer, milker of Holstein cows, dish and pot washer, steam oven cleaner, fish and chicken and vegetable prepper, rubbish collector, handy-man, short-order cook and stacker at lumber mill.  Also in those 7 years, Art taught and advised young folks in the Henniker United Methodist Church and served the church families in the Wilmot Center Church and Danbury Congregational Church as student pastor and guest preacher on Sundays. Art always considered Wilmot Center Congregational Church a blessing. He said that was where he learned how to be a "true pastor" to all (no matter religion, personal beliefs, economic status, or cultural differences) from this church family as opposed to "just being a minister".  He knew and believed there was a real difference between the two.

In 1957 he began student preaching at Groton Congregational Church and Rocky Hill Congregational Church in CT. It was in Rocky Hill that he met and married is life partner, joy, best friend, wife Leona Cook Griswold. A co-ministry that spanned 58 years, a home in 4 parsonages, the creation of a wonderful family as well as the ebb and flow of folks who looked to Lee or Art with a need to be met. Newfields and Stratham Community Churches in NH were the first 1959 teachers. Then came Taftville Congregational Church from 1968 to 1973. The First Congregational Church South Windsor from 1973 to October 30, 2000, was his last stop home.

Besides the parish duties in So. Windsor, Art tucked in serving the Town's First Responders as their Chaplain for 25 years.  Across the years, Art was honored by awards recognizing his ministries outreach – " Good Samaritan" by the Roman Catholic Diocese of Hartford for work with the Catholic Boy Scouts, the Paul Harris Award from the South Winsor Rotary for service to his community, citations by the CT State Legislature for Ministry Above and Beyond, 50 years active ministry award from the CT Conference of the United Church of Christ, Honorary Plaque for work with AA, along with cherished "Dad" notes and pictures from his children and extended family.

Family will greet guests at calling hours at the Samsel & Carmon Funeral Home at 419 Buckland Road, So. Windsor on Sunday, September 19th from 2 to 5 (Covid protocols observed, facial coverings are required)

Celebration of Art's life service will take place at Wapping Community Church on Ellington Road, So. Windsor on Monday, September 20th at 10:00 am. Burial will be in Center Cemetery on Main Street, So. Windsor immediately following the service near all his friends and family whom he commended to Gods care and keeping over 27 years. Memorial donations in Art's name may be made to South Windsor Congregational Church, 993 Main Street, South Windsor, CT 06074 or South Windsor Volunteer Fire Department, 1175 Ellington Road, South Windsor, CT 06074.