The Rev. Dr. John B. Pelletier

The Rev. Dr. John B. Pelletier 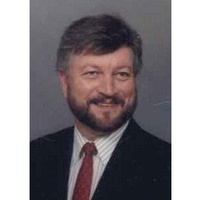 The Rev. Dr. John B. Pelletier, former pastor of the North Madison Congregational Church, passed away peacefully on Saturday, September 15, 2018 surrounded by family at St. Mary’s Hospital in Watertown. He was 76.

The Rev. Pelletier was ordained as a priest in 1968, but according to his obituary, found himself ahead of his time serving in the Roman Catholic church.

"He wrote more inclusive prayers, had lay readers participate in the Mass, preached from the aisles rather than the pulpit, redesigned the traditional Lenten services and redesigned the religious education program.  John’s progressive ideas were continually at odds with the traditional practices of the Catholic Church," his obituary states. "Eventually he left the priesthood and opened a family therapy practice in North Branford."

The Rev. Pelletier married Louise Niesobecki in 1989, and shortly after he became a United Church of Christ minister and was called to the North Madison Congregational Church as pastor.  When he arrived the church had 30 members.  When he retired 15 years later the church had grown to over 500 members. North Madison was a place where John’s creativity could flourish.  The church welcomed his spirit, his energy, and his ideas.

In 2010 The Rev. Pelletier retired and moved with Louise to Watertown.  Within a couple of months, after doing pulpit supply in Bethlehem, he was called as the part time Pastor of First Church of Bethlehem.

Arrangements:  A funeral service will be held for The Rev. Pelletier on Saturday, September 22nd, 11:00 AM at the First Congregational Church of Watertown.  A memorial service will also be held at First Church of Bethlehem at a date to be determined. There will be no calling hours.  Burial will be private at the convenience of the family.  Chase Parkway Memorial, The Albini Family Funeral Home, 430 Chase Parkway, Waterbury, has been entrusted with handling The Rev. Pelletier's arrangements.