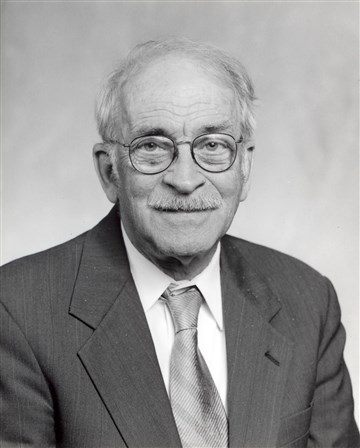 The Rev. Dr. Harold Worthley, 87, of Norton, MA and Cape Porpoise, ME, passed away on Friday, October 21st, at Beth Israel Deaconess Hospital in Milton following a few weeks of failing health.

Dr. Worthley was director of the Congregational Library in Boston for nearly three decades, and a highly respected authority on the long history of this important American religious tradition. He was also a historian specializing in colonial New England church records.

His degrees included BA and MA (1950) at Boston University, and S.T.B, S.T.M, and Th.D. (1970) at Harvard Divinity School, as well as postgraduate work at Northwestern and Simmons.

His Harvard doctoral thesis focused on the deacons and ruling elders of the early Congregational churches of Massachusetts, reflecting his interest in the daily lives of those who first settled here. But it was the appendix to the thesis (which he sometimes called a 700-page footnote) that became his legacy. A man of remarkable vision, Dr. Worthley recognized that the seventeenth and eighteenth-century manuscript church records upon which he based his dissertation stood among the most valuable sources extant pertaining to early America. He took upon himself the massive task of creating an inventory of these documents, which he found scattered, and largely unattended, in local communities throughout the state of Massachusetts. Published in 1970, "An Inventory of the Records of the Particular (Congregational) Churches of Massachusetts Gathered 1620-1805" followed years of visiting hundreds of local churches, libraries, historical societies and even bank vaults in Massachusetts communities, searching for original record books, and painstakingly listing all original records, secondary source materials, ministers and lay officers.

In subsequent decades, the “Worthley Inventory” became iconic among researchers of early New England history and religion, and remains so nearly a half century after its publication. Few scholars in the field of colonial New England history are unfamiliar with it, and much scholarship in early Massachusetts church history would have been impossible to undertake without it.  More recently, the Worthley Inventory became a foundation stone of New England’s Hidden Histories, a project of the Congregational Library which, with assistance from the National Endowment for the Humanities, seeks to secure, archive, digitize, transcribe, and place online the manuscripts that Dr. Worthley unearthed and inventoried so long ago.

After retirement, he continued to pursue his lifelong passion for Congregational history, first transcribing the diaries of missionary Gideon Hawley, and later joining the current Hidden Histories Project, most recently transcribing records of churches in Barnstable and Falmouth.

A native of Maine, Dr. Worthley was born in 1928 in Brewer, to Rev. Herbert Morrison Worthley and Aline (Field) Worthley Garsoe. Ordained a Congregational minister in 1954, he first served parishes in Maine, New Hampshire and Massachusetts. Between 1963 and 1977, he taught at Wheaton College in Norton, serving as College Chaplain and Associate Professor of Religion.

In 1977 he began his work at 14 Beacon St., Boston, as director of the Congregational Library, retiring in 2003. He is remembered by many as an authoritative source on all things Congregational, with a deep knowledge of the tradition and an endless store of humorous historical anecdotes. Dr. Worthley was always generous with his time, assisting researchers and fellow scholars, no matter how obscure the question or remote the subject area. He provided careful stewardship of the Library’s collection and ensured its survival, often with a small staff and limited financial resources.
Between 1971 and 2003 he was also Executive Director/Archivist of the Congregational Christian Historical Society and Editor of both The Bulletin of the Congregational Library and The Historical Intelligencer (1980-1986). The author of many articles, including the entry on Congregationalism in The Encyclopedia of New England (Yale University, 2005), he visited many New England churches, conducting Suitcase Seminars on the subject of church record preservation. He was a long-time member of the Historical Council of the United Church of Christ, and formerly a Fellow of the Pilgrim Society.

Hal Worthley was a warm-hearted person who is fondly remembered by ministers, scholars, and friends throughout the region and the nation. He extended many a helping hand to those around him, and he deeply loved his family. His many interests included literature, and he particularly enjoyed sharing poetry with grandson Jesse. He was apt to quote appropriate passages at unexpected moments, and his wry sense of humor was legendary.

His memorial service was held on Saturday, November 5th at 2:00 PM, at the Trinitarian Congregational Church in Norton.

A private burial will be held at Timothy Plain Cemetery, Norton, MA

In lieu of flowers, Hal has requested that memorial gifts be sent to the Congregational Library & Archives, 14 Beacon St., Boston, MA 02108, with a note that the gift supports New England’s Hidden Histories.

Arrangements are under the direction of the Dyer-Lake Funeral Home, 161 Commonwealth Avenue, Village of Attleboro Falls, North Attleboro.  (508) 695-0200.