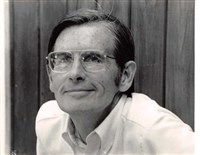 David was an Assistant Treasurer and then long-time Treasurer for the Massachusetts Conference United Church of Christ, ending in 1999.  He was a generous supporter of the Massachusetts Conference, and was instrumental in the decision of the Central Congregational Church of Newton to make a major legacy gift to fund the renovation of Edwards House and Retreat Center.  His tremendous work on behalf of the Conference resulted in a room named after him at Edwards House.

He was the loving son of the late David and Bernice Shumway of Amherst, MA, and a graduate of the University of Massachusetts – Amherst.  He later worked at United Parcel Service before retiring early to travel with his late wife Nancy Boyajian Shumway.

David loved sports and enjoyed watching the Red Sox and Patriots, especially when they were winning. He always looked forward to family gatherings at the holidays and reveled in giving gifts. Taking pictures brought him joy and he was never without a disposable camera in his pocket.

He was a mild-mannered man who lived in Newtonville for 52 years and was fiercely generous with his time, talent and treasures. He donated to charities too numerous to mention. He was a deacon and treasurer of the Central Congregational Church for several decades. Perhaps his most beloved commitment was being the treasurer as well as a major financial contributor for over 30 years for the Newton CROP Hunger Walk. He was later awarded a plaque by the Church World Services, recognizing the magnitude of his generosity toward those around the world who struggle with food insecurity. David will be missed, but his legacy will carry on.

David is survived by his daughters, Jennifer Pszenny of Salem, MA and Leslie and her husband David Hester of Lawrenceville, GA; his 4 grandchildren, Nash Pszenny, Ross Pszenny, Matthew Hester and Molly and her husband Spencer Smith as well as his 2 great grandchildren, Owen and Eva-Rose. David is also survived by his brothers, Earl and his wife Jeannie Shumway of Hadley, MA and William and his wife Susan Shumway of Albany, OR, with their extensive families of many nieces and nephews, his brother-in-law David Boyajian of Belmont, MA and sister-in-law Barbara and her husband Jack Bousian of Hayward, CA and their families.

At the request of the family, all services are private. Assisting the family with the arrangements is the Peterson-O’Donnell Funeral Home, 167 Maple St., (Rte. 62) Danvers. In lieu of flowers, donations may be made in David’s memory to METAvivor, 1783 Forest Dr., #184 Annapolis, MD 21401. To share a memory or offer a condolence, please visit