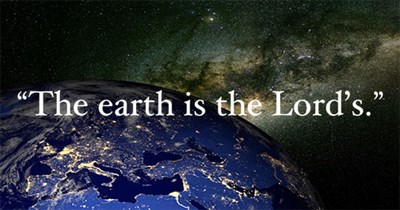 The national officers of the United Church of Christ and The Council of Conference Ministers last week issued a statement in response to the March 28 executive order that undoes the past administration's climate policies, revives the fossil fuel industry, cuts the EPA's budget and eliminates many climate research programs. Here is their statement:

The earth is the Lord’s.

Catholic, Protestant, Evangelical and Orthodox Christians unite around this core proclamation. We recognize that unity around this foundational awareness, that the earth is the Lord’s, is important, consequential, and faithful. The same recognition brings together Jews, Muslims, Buddhists, Hindus, Jains, Native Americans and so many more.

It is time to join our voices and our bodies as we witness on behalf of the thousands of climate scientists whose findings over the past 50 years have led to the unassailable conclusion that climate change is real and is caused by humans. Our generation will either embrace profound change or life as we have known it will be unknown to our children’s children.

In 2013, the United Church of Christ became the first religious organization to call for the divestment of funds from companies that primarily profit from fossil fuels. We believe this to be a theological imperative, a faithful response to a theological emergency. We believe that the current rate of fossil fuel consumption is a death trap from which we will not escape without deep commitments to significant changes. The modest steps taken by the previous administration to comply with the Paris Accords were helpful and necessary. Recent actions by the Administration to rollback environmental protections and responsible measures to address climate change are seen by us as a crime against humanity – an act that ensures the ongoing destruction of the planet and endangers future generations on whose behalf we are charged with stewarding God’s creation.

The response of the faith community must be proportional to the threat. Because climate change makes all other injustice worse, now is the time for us to step up. 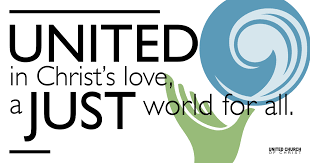 e call upon the authorized ministers and leaders of our denomination to raise their voices in support of the faithful stewardship of creation, and against the actions of a government that doesn’t see environmental protection as its mandate.

We call upon the members of our denomination to write their elected representatives and express their concern and outrage at the Executive Order signed yesterday that rolls back commitments to protect and preserve the environment; and to urge them to put pressure on the President to reconsider this action and to continue to support the Paris Agreement.

We call upon the church to embrace Jesus’ assurance that the truth will set us free by learning about the science of climate change, the jeopardy of our current situation, and the actions we can take to assure that our progeny will have a livable planet. This crisis requires every person of faith to be informed, engaged, and committed to preserve God’s creation.

We call upon the people of faith to advocate for policies and laws that will increase our commitment to renewable energy and to oppose any additions to our fossil fuel infrastructure.

We call upon people of faith to demonstrate in voice and in action the core belief that the Earth is the Lord’s, and that we are charged with stewarding creation in ways that ensure it will be here to care for future generations.