Townsley Joins Staff With Her Mind on Play

Townsley Joins Staff With Her Mind on Play 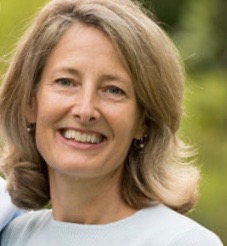 The Rev. Susan Townsley returned to the Connecticut Conference staff recently to take on a special year-long effort to encourage and support innovation and experimentation among clergy.

As the part-time Associate for Innovation, Leadership and Change, Townsley is working to support the newly revamped Clergy Excellence groups, which are being managed by Minister of Faith Formation and Leadership Karen Ziel, while contemplating ways to encourage innovation.

One of her hopes is to create a series of “Blue Sky” conversations - opportunities for church leaders to think playfully and openly about the possibilities for ministry.

“Cultivating creativity needs space and partners.  I am excited that that the conference is willing to spotlight innovation,” she said.

Townsley said taking on the one-year position in the midst of the conversation around the formation of a new conference with Massachusetts and Rhode Island gives space for experimentation and play.

“Design thinking is baked in,” she said.  “That means we conceptualize some programs, offerings and approaches, give them a try and then we evaluate how they work and then reconfigure if need be.”

Townsley served as a Regional Minister for the Connecticut Conference from 2003 to 2009, and then moved with her family to Japan where she served as CoPastor of the West Tokyo Union Church.  Since returning, she has been consulting and working on the pastoral staff at Talmage Hill Community Church. She was offered this position following the departure from the staff of The Rev Da Vita McCallister, who had been serving as Associate Conference Minister for Leadership and Vitality.

Townsley, who runs a consulting business around leadership, governance models, visioning and strategic thinking, is currently taking part in a post master’s certificate program in leadership and change at the New School in New York.

She says of the program: “I love it, because it is a combination of theory and the practice, with each class also sending us out to work with clients in consulting or coaching roles.”

Conference Minister The Rev. Kent J. Siladi, who worked with Townsley when they both previously served as Regional Ministers for the Conference, is excited to have her on board.

“Suzi Townsley has a particular gift in helping to cultivate leadership that is needed for God’s future church,” he said.  “She has a deep awareness of our Conference and the places where she can make the greatest impact.  I am excited to have her serve on the staff in this new leadership development capacity.”