SPOTLIGHT: “Who is My Neighbor?”

SPOTLIGHT: “Who is My Neighbor?”

Editor’s Note:  In the aftermath of the attack at the Tree of Life synagogue in Pittsburgh, PA last month, the Quincy Point Congregational Church, UCC (QPCC) gathered in witness and solidarity with their Jewish neighbors at Congregation Beth Shalom of the Blue Hills in Milton.  This is just the latest way the members of QPCC have shown support for their diverse neighbors; the past year has been dedicated to continuing dialog between religious leaders from other denominations and those in the community in order to spread peace and understanding. The Rev. Kimberly Murphy, pastor, explains below how the church is promoting the understanding of other faith communities on the South Shore.

In the spring of 2017, members of the Quincy Point Congregational Church’s Mission and Social Justice Committee were concerned by the distrust, anger, and fear of “the other” that was spreading through the Quincy community and across the U.S.  Members of the committee, instead of giving in to their dismay, saw this time of divisiveness and unrest as an opportunity to bring people closer together.

Out of this concern “Who Is My Neighbor” was born.

“Who Is My Neighbor” was envisioned as a series of conversations designed to bring together people of different backgrounds and different faiths – many of who may live in the same neighborhoods.  A clergy person or faith community leader was invited to speak about their faith and then engage those in attendance in conversation.  As Carol Johnston, chair of the Mission and Social Justice Committee at QPCC noted, “We hoped and prayed that this series would develop an understanding amongst people of different faiths, and that in the future, we can celebrate each other’s joys and stand with each other in times of divisiveness.”

This grant of $1,000 helped the QPCC committee pay the speakers’ stipends for the first year, as well as other start-up expenses.  Without this money, said Carol Johnston, it would have been very difficult to get this series off the ground.  In addition to the grant, she said it took a dedicated team to do all the necessary behind-the-scenes organization.

Over the past two years “Who Is My Neighbor” welcomed:

These conversations have drawn people from Norwell, Pembroke, Whitman, Brockton, Hull, Marshfield, Quincy, Hanover, and other South Shore towns. There have been Muslims, Jews, Quakers, Buddhists, Congregationalists, members of the United Church of Christ, Roman Catholics, Lutherans, Methodists, Seventh Day Adventists, and people with no faith tradition, sitting and learning together. The conversations have been lively, engaging, and informative, often reaching beyond assumptions and stereotypes to help connect people in ways they had never thought possible.

Patty Kogut, Associate Conference Minister for the MACUCC Southeast Area, remarked: "God is doing a new thing through the people of QPCC! This program is such a great example of how churches can build bridges and deepen relationship between communities, faith groups and neighbors, especially during these turbulent times. My hope is that other churches and communities will be inspired to organize similar programs and conversations."

For more information about the “Who Is My Neighbor” series, please contact the Quincy Point Congregational Church at 617-773-6424, or e-mail at office@quincypointcong.org. Follow their Facebook page at https://www.facebook.com/QPCCoffice/ 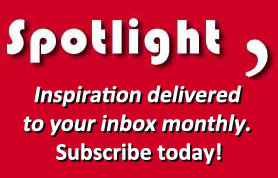 You may reprint this story by including the following line in your article: