Scammers Pretend to Be Local Clergy and Conference Staff

Scammers Pretend to Be Local Clergy and Conference Staff 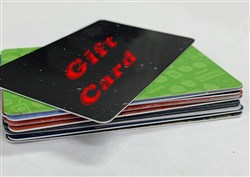 In January, a member of the First Church of Christ in Saybrook, CT received an email from "Pastor Cornell." Rev. Ed Cornell really is the pastor at Saybrook, but he tends to sign his correspondences as "Pastor Ed," according the Office Administrator Britt Barry. Unfortunately, the member did not notice this discrepancy. The message asked the member to purchase two $200 Ebay gift cards. When the member replied to the email indicating they had purchased the cards, the fake "Cornell" asked them to reveal the code on the cards so they could be used right away for some charitable – and ultimately fake – purpose. It wasn't until later that the member realized something was wrong and contacted Barry at the church. The $400 had been handed over to a scammer.

Barry says Cornell had been contacted by another member sometime before this incident. Barry and Cornell immediately put out an announcement warning people of the scam.

Rev. Heather Archovitch, pastor of the North Madison Congregational Church in CT, said her parishioners have experienced a similar request for eBay cards, right down to scratching off the code and sending the numbers to the scammer. She said the scams used text messages.  Though the number used was not hers, the message addressed the parishioner by name, made the request, and signed it "Pastor Heather Archovitch."

Rev. Wendy Vander Hart, Associate Conference Minister with the Southern New England Conference, received an email from a pastor telling her that the pastor had received a text message appearing to come from Vander Hart. The text asked the pastor if they could do her a favor. The pastor replied "Yes" and received the following response:

"Could you purchase a Google Play gift card for me? I have a good friend with cancer and I can cash in the card after you buy it.  I will tell you where to meet me. I will be right around the corner shortly.  Thank you, Rev. Wendy Vanderhart."

Realizing this was not usual behavior of Conference staff, the pastor emailed Vander Hart who alerted other staff of the problem.

Conference staff have also reported receiving regular emails from others pretending to be staff members with similar requests. Sioux Wilusz is the Executive Assistant to Bridge Conference Minister Rev. Kent Siladi. She received an email from Siladi asking her to buy some Amazon Gift Cards and telling her that he can't take a phone call right now, a trick designed to prevent a target from checking on the validity of the request. Though Siladi does often contact Wilusz with urgent requests, she recognized that this particular request was unusual. The same email and others similarly worded have been received by other staff members.

The practice of scamming church members with requests disguised as pleas for help for those in need is not a new concept, but the frequency of incidents has increased in recent months. Many of the scams look like they are coming from the cell phone numbers of pastors, and are reaching cell phones of church members who are wondering how their numbers were discovered.

This type of targeting scam, known as spear-phishing to the cyber security world, has become more prevalent in recent years. The scammer appears to know the target and often possesses detailed information about the company, organization, or contacts of the targeted individual, making it appear they really are the person they pretend to be. Scammers have become so sophisticated that Microsoft researchers refer to some of these attempts as "Laser" phishing. They saw the number of spear-phishing attempts double between 2018 and 2019. According to the Federal Trade Commission, Americans lost $328 million to imposter scams of all types in 2017.

Churches and church members can do several things to help prevent scams like these. One all-purpose step is this: when in doubt, check it out. If something appears even slightly odd about a request from a pastor, co-worker, or Conference staff, reach out in a different way to find out if the person truly made the request. If the request was a text, do not call the number. Email the person instead, or call the person through a different number, like a church or office number. When emails contain links appearing to be from a well-known company, do not click the link. Instead, go directly to the website of the company. Scammers are very good at making fake websites look authentic. And never send personal or financial information by replying to a text or email from an unknown source.

The Federal Trade Commission has a website where people can report suspected scams of all kinds. They recommend reporting all suspected scams in order to aid them in tracking down scammers and learning what new techniques they have developed.