Show Support for LGBT Youth, Race Education with these Postcards

Show Support for LGBT Youth, Race Education with these Postcards 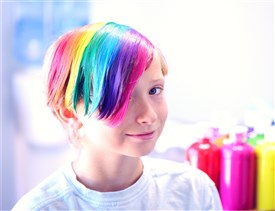 The Southern New England Conference has created pre-printed postcards that individuals and congregations can download to contact the governors of two states targeting LGBT youth and one governor who seeks to restrict the teaching about race and racism.

People who send these postcards will perform important acts of public witness by making clear they don’t agree with these structural barriers to justice. And because elected officials often are most influenced by the perspectives of their constituents, be sure to ask your family members, colleagues, and loved ones living in any of these states to voice their opposition, as well.

Postcards are addressed to Florida Gov. Ron DeSantis, who has said he will sign into law that state’s “Don’t Say Gay” bill and Gov. Greg Abbott of Texas, which seeks to criminalize parents and health care providers who provide gender-affirming care for children. The Florida bill was the target of jokes during Sunday’s Oscar Awards, and the Texas decision was the topic of a social media campaign by authorized ministers on the Conference staff. Versions of the Florida postcard have been in circulation for a few weeks, and Rev. Darrell Goodwin, SNEC Executive Conference Minister, previously shared a copy of it on the Conference Facebook page.

The final postcard is addressed to Mississippi Gov. Tate Reeves, who signed into law a bill that prohibits the teaching of “critical race theory,” which the State Superintendent of Education says is not taught in Mississippi schools. The Mississippi bill and similar ones passed throughout the country seek to limit the ways that educators teach history as well as about structural racism and contemporary issues.

To use the postcards, print them on cardstock or other stiff paper, then cut them to the appropriate size. The postcards are pre-addressed and have pre-printed messages. Each includes space for users to write an additional message, if desired.

Learn more about similar bills and laws passed throughout the country from this interview, “From slavery to socialism, new legislation restricts what teachers can discuss,” on NPR’s Fresh Air.