UCC, Episcopal Leaders Issue Statement: An Opportunity for Which the Church Was Born

UCC, Episcopal Leaders Issue Statement: An Opportunity for Which the Church Was Born

6/2/2017 - Environment
Share
The following statement has been issued from United Church of Christ national leaders and Conference Ministers. 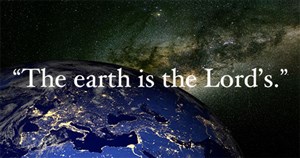 President Trump's decision to abandon the Paris Climate Accord violates the values and vision that are basic to Christian faith.  Our Judeo-Christian heritage teaches that the Earth and its web of life are precious in God’s sight (Genesis 1-2:3), that the Earth belongs not to us but to God (Psalm 24), and that we are entrusted with loving the Earth as God loves it (Genesis 2:15).  As followers of Jesus, we are committed to God’s mission of reconciling people with each other and with the whole of creation.

Withdrawing from the Paris Climate Accord is a tragic mistake, and we applaud the Parliament of the World’s Religions strong condemnation of the President’s decision. We concur that this decision is scientifically, economically, medically, politically and morally wrong.  With heartache we recognize the devastating toll of suffering that will be exacted by this Administration’s refusal to address the climate crisis. We are appalled by the Administration’s unwillingness to join with other nations in protecting and stabilizing the atmosphere upon which our species – and so many other forms of life – depend.

Even as we grieve the death-dealing trajectory of this decision, we rejoice that many people and institutions are taking creative steps locally, regionally, and nationally to build a more just and sustainable future.  For example, we applaud the mayors of 30 American cities, governors of numerous states and leaders of hundreds of American companies who are committed to reducing greenhouse gas emissions.

This historic moment provides Christian communities with a powerful opportunity to bear witness to the sacredness of God’s creation and the urgent call to preserve it.  This is our chance to be the church.  Episcopalians and other members of the Anglican Communion recognize Five Marks of Mission.  The Fifth Mark is “to strive to safeguard the integrity of creation and sustain and renew the life of the earth.”  The United Church of Christ affirms this vocation in its new mission initiative known as the three great loves, one of which is love of creation.  If we listen carefully, the voice of our still-speaking God resounds above the jeers and cheers in response to Trump’s decision.  God is calling our congregations and clergy to rise to the occasion and to become bold witnesses to the creative power of God.

Now is the time to bear witness to the Christ who rises from the tomb and who proclaims that life and not death will have the last word.

We call upon our congregations and clergy to embrace this moment of opportunity in three ways:
Faithfully yours,

The Council of Conference Ministers of the United Church of Christ

For appropriate liturgical and other resources: http://april2016.uccpages.org/