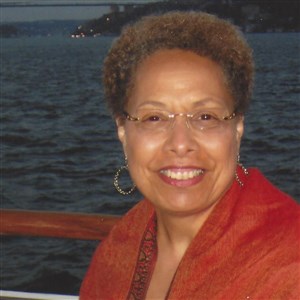 Kendrix will take over from Interim Conference Minister The Rev. Barbara Libby, who is retiring after four years in that post.

Kendrix will be coming into this position following the June Annual Meeting, where delegates will vote on whether to form a new unified Conference with the Connecticut and Massachusetts conferences. Kendrix has been ordained just five years, but her experience in the corporate world dovetails with the transitions the Conference is facing. Kendrix worked for 15 years as an organizational development consultant for AT&T.

"That is a position that helps people work together as teams, that helps people vision for the future and figure out ways to live into that future," she said. "I have the background for participating in a huge change. I'm very excited about having this opportunity to participate in this grand transition."

Kendrix has been serving as a volunteer on the Together, As One Planning Team, which has been developing the details for the formation of the new Conference. She also serves on the Connecticut Conference Board of Directors.

"She has the skill set we need right now," said The Rev. Cleo Graham, Associate Pastor of Beneficent Congregational Church in Providence, who chaired the search committee.

Kendrix will work at the position full-time, Sunday through Thursday, Graham said. Libby had been serving in the position three-quarter time. Graham said the Board of Directors felt that change was necessary, especially given the extra work that has been required for moving toward a unified Conference.

Graham said the Board of Directors felt a full-time Conference Minister who could be present in churches particularly on Sundays was crucial at this time of transition.

"We wanted to have a Conference Minister who had the ability to be more of a presence in the 28 churches, especially as this merger is becoming more and more real," Graham said. "That provides an opportunity for dialogue."

"I would not want this job if it didn't include preaching in churches," she said.

As she does in her current position, she will also preach and teach about mass incarceration at other churches in the Connecticut area one Sunday a month. To date, she has preached at 77 churches, 2 synagogues and 1 mosque. In addition, in her work with the Malta Justice Initiative, Kendrix has partnered with 7 other writers to write a book, The Justice Imperative: How Hyper Incarceration Hijacked the American Dream (September 2014, Significance Press). The book focuses on the problem of mass incarceration in Connecticut and provides 30 recommendations for bringing it to an end.

"In my life I have often been the first person of color in various positions. This is not a new experience for me," Kendrix said. “But it is an important milestone as we live into being a more diverse, multicultural church.  I know that when I was a child, I never imagined that a woman could be the pastor of a church.  Likewise, serving in this new capacity as the first Conference Minister of Rhode Island to be a woman of color, I hope to provide evidence to girls growing up in our churches that they can achieve anything they set their minds to."

In high school on Long Island, New York, Kendrix was often the only child of color in her college prep classes. But she then attended Spellman College in Atlanta, Georgia, an historically black women's college.

Kendrix received her Executive MBA and her MA in Industrial and Organizational Psychology from the University of New Haven.  In May of 2013, she received her Master’s of Divinity degree from Yale Divinity School and a certificate from the Yale Institute of Sacred Music.  She was the recipient of the Henry Hallam Tweedy Prize for exceptional promise in pastoral leadership, the highest prize that Yale Divinity School confers on a graduating student each year, for her work in raising awareness about mass incarceration in America.

She is married to her best friend, Alan and together they have 3 children, 6 grandchildren and 2 dogs, Kelly and Bear.