The two-day event began on Sunday evening, with a dinner and remarks by Conference Minister the Rev. Kent Siladi.  (Read about his remarks in the separate article: Siladi talks to clergy about their ministry challenges.

Monday featured Carlton Mackey, Director of the Ethics & the Arts Program at the Emory Center for Ethics.  Mackey led four session with clergy throughout the day that began with a discussion of the ethics around identity, then looked at the myth of what a "typical" American family is and then talked about how people see race differently, event when it comes to the particular shade of one's skin color. He ended the day by talking about how people can turn their thoughts into action surrounding issues like these.

Mackey walked through the progression of engagement with an issue: from awareness, to advocacy, to being an ally, to taking action. Finally, he said, there is revolution.

See photos from the event below: 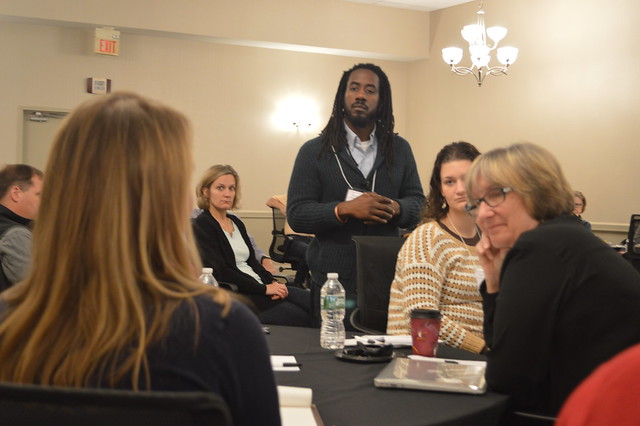