9/21/2020 - Justice and Witness
Share
The following is a letter to Connecticut Gov. Ned Lamont and Atty. General William Tong, in support of the Connecticut Interscholastic Athletic Conference policy of allowing transgender student athletes to compete on sports teams that align with their gender identity. Rev. Jane E. Moran is the author.

To the Honorable Ned Lamont, Governor, and the Honorable William Tong, Attorney General of Connecticut:
We are writing as concerned clergy who have been following the recent controversies surrounding the Connecticut Interscholastic Athletic Conference’s policy of letting transgender student athletes compete on sports teams that align with their gender identity. This current policy is just, and we urge you not to concede to any demands to change it. 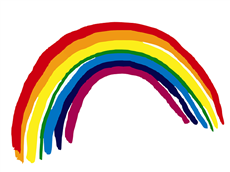 As adults in positions of authority, we must take seriously our responsibility to be advocates for vulnerable youth. In Psalm 82, the psalmist calls upon God to “defend the weak and the parentless; uphold the cause of the poor and the oppressed.”[1] Because this is God’s business, it is also our business.

In a nationwide study, 68% of youth were found to play a school sport, but in 2018, the HRC Foundation and researchers from the University of Connecticut found that only 24% of LGBTQ-identified youth did so. Given what we know about the positive impact sports can have on self-esteem and mental health, particularly in young people, this disparity must be taken seriously. Indeed, “LGBTQ youth who participate in sports…report lower levels of feelings of worthlessness and depression and feel safer in their classrooms than their non-sports-playing LGBTQ peers.”[2]  To deny transgender high schoolers the opportunity to play on sports teams that align with their gender identity would effectively bar them from participating in school sports at all; they would then lose access to the many tangible and intangible benefits that sports make available to their cisgender peers.

It disturbs us greatly that in the course of this debate, those who would see Connecticut adopt a discriminatory policy have targeted two transgender high school athletes: Andraya Yearwood and Terry Miller. These two girls have been slandered, bullied, and harassed by adults who ought to know better. This is despicable behavior, and it is wholly out of keeping with the Christian faith many of these people espouse. Ms. Yearwood and Ms. Miller deserve what all young people deserve: the chance to grow up in a community that cares for them, advocates for them, and sets them on a course toward happy and meaningful adulthoods. Instead, they have been subjected to consistent attempts at character assassination over their supposed crime of competing in high school sports in accordance with CIAC policy.

On Monday, June 15th, the Supreme Court issued its ruling on three cases that considered whether or not LGBT employees are protected under Title VII. Writing for a 6-3 majority, Justice Neil Gorsuch asserted that discrimination on the basis of sexual orientation or gender identity is necessarily bound up with discrimination on the basis of sex, and therefore “an employer who fires an individual merely for being gay or transgender defies the law.”[3]

The implications of this decision reach far beyond employment discrimination alone. In Bostock v. Clayton County, Georgia, the Supreme Court has established an important precedent: one cannot discriminate on the basis of LGBT identity with discriminating in part on the basis of sex. This means that Ms. Yearwood and Ms. Miller are entitled to protection under Title IX, the very law that is currently being weaponized against them. It goes without saying that the state of Connecticut has nothing to gain by adopting a policy that would almost certainly be found to be in violation of current federal laws against sex discrimination.[4]

That said, discrimination based on gender identity is not wrong only because it is inextricably linked to discrimination based on sex. It is wrong in and of itself. In several different places, the Bible speaks of a God who shows no partiality, and in the Book of Proverbs, we ourselves are cautioned not to show partiality in judging.[5] We cannot allow a concerted hate campaign to alter a policy that the state of Connecticut has already determined to be fair and just.

As Connecticut clergy, we value our state’s longstanding commitment to justice and equal treatment for all under the law. We implore you to uphold those principles by keeping our current policies for transgender high school athletes unchanged.