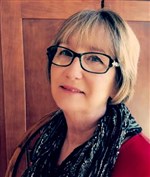 Karen Ziel, SNEUCC Minister for Faith Formation and Leadership, has been named the recipient of the Association of United Church Educators' Founders' Award, which will be presented at AUCE’s virtual 50th Anniversary Celebration on Saturday, Feb. 13.

The AUCE Founders Award was instituted in 2007 to recognize a person whose lifelong ministry has been in the advocacy of Christian education and faith formation. The award is named in honor of those whose vision for the church, through the ministry of education and formation, founded the Association of United Church Educators in 1971. It is traditionally presented to a deserving recipient at each UCC General Synod. This year, because Synod is being held virtually, the aware will be presented at the AUCE's 50th Anniversary Celebration instead.

"Karen Ziel is a respected leader in the field of faith formation and this is a well-deserved honor, said SNEUCC Faith Formation Team leader Debby Kirk.  "She has built trusted relationships with countless local church practitioners in her role at the historic Connecticut Conference and now the Southern New England Conference. She leads with wisdom and compassion, equipping leaders with training, resources, and space for discernment."

Ziel is a Commissioned Minister, and says she began her journey in faith formation at the Colchester Federated Church (CT), where she took on a part-time position as the Director of Christian Education. She went on to serve in three other churches, and began working for the historic Connecticut Conference in 2008 as the Director of the Ruth Dudley Resource Center. In her current Conference role, she is concentrating on worship and spirituality as well as leadership development.