Getting Aid to Ukraine

Getting Aid to Ukraine 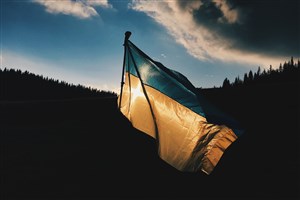 On February 24, the Russian military attacked Ukraine. By March 1, more than 670,000 persons had already sought refuge outside of Ukraine and even more had remained in the country but were displaced from their homes. The humanitarian crisis is accelerating in Ukraine and in neighboring countries as the violence escalates and the number of people on the move multiplies.

UCC Appeal to Aid Those Unable to Leave Ukraine

The United Church of Christ is appealing for support for refugees and for elderly and other vulnerable people who are displaced within Ukraine and unable to leave. As a member of the ACT Alliance, UCC support is being targeted to people most in need through humanitarian relief partners with a history of working in the region. Aid also is being extended through Hungarian Reformed Church Aid, the relief agency of the Reformed Church in Hungary. The UCC’s long-term relationship with the Reformed Church in Hungary is held through the Europe and the Middle East Office of Global Ministries.

Gifts made to UCC Ukraine Relief Fund will provide shelter, food, and other care to war refugees and internally displaced people. It also will help refugees and asylum seekers from African, Middle Eastern and other countries who had sought refugee in Ukraine and now are twice displaced, as well as other citizens of more than 125 countries living in Ukraine.

Uniting in prayer, action, and giving, we stand as a people of faith in love and compassion with the people of Ukraine and all who are affected, and with our global partners who are welcoming those driven from their homes.

Find out more and donate here

Local Church Drive to Aid Those Displaced to Poland

First Church of Marlborough (Congregational) UCC in Massachusetts is gathering funds for Ukraine and Ukrainian refugees fleeing to Poland. The church's pastor, The Rev. Dr. Kazimierz Bem, is leading the effort to work with the Diakonia of the Evangelical Lutheran Church in Poland (www.diakonia.org.pl), which is helping the 360,000 (and growing) refugees who have fled to Poland (mainly women and children), and with the Diakonia of the German Lutheran Church in Ukraine, centered in Kharkiv.  Help is given by Diakonia to people regardless of their religion or lack thereof.