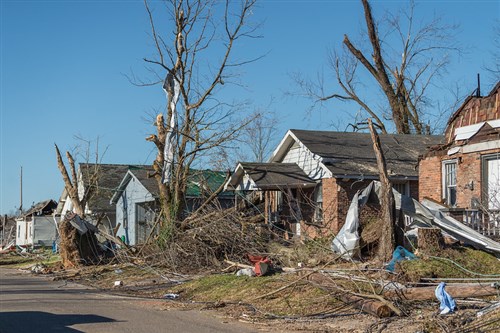 A tornado outbreak December 10-11 took the lives of at least 88 people across five states and caused damage and economic losses projected at $18 billion. The outbreak is already considered the costliest tornado event in U.S. history, according to AccuWeather.

“Our thoughts and prayers go out to the many communities impacted by this devastating series of storms in mid-December 2021,” said Lesli Remaly, UCC Minister for Disaster Response and Recovery. “We have been in touch with the Conference Disaster Coordinators in Arkansas, Missouri, Illinois, Kentucky, Tennessee to extend our support.”

CDCs and Conference leaders are making initial contact calls with churches to learn of potential damages. Members of the UCC Emotional and Spiritual Care team are on standby. Kentucky VOAD partners are meeting daily to coordinate clean up efforts.

Monetary donations to UCC Disaster Appeals can be made here: www.ucc.org/appeal-severe-storms-2021