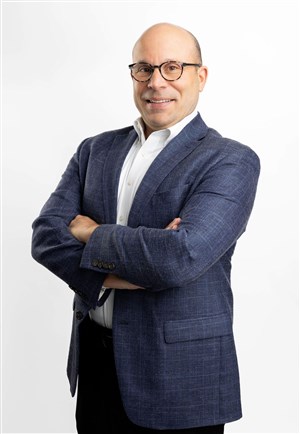 David Figliuzzi, who began working for the Southern New England Conference in September as the Interim Director of Philanthropy, has now accepted a permanent position with the Conference.

“David began his journey as the Interim Director, and it quickly became apparent that his years of executive leadership experience were essential to the future of development in the Southern New England Conference,” said Executive Conference Minister the Rev. Darrell Goodwin. “He brings ingenuity, creativity, a faith- based approach, and more importantly the thought leadership that will be necessary for our stewardship efforts now and into the future.”
“David will be a champion for funds like Friends of the Conference and Phillis Wheatley, while also ensuring we have the appropriate and necessary partnerships as a faith based non-profit in the marketplace,” he said.
Figliuzzi is a recent graduate of Yale Divinity School with a Master of Divinity degree, and is being ordained later this month. Ministry is a second career for Figliuzzi, who previously served as Cigna’s Global Diversity and Inclusion Officer and the Executive Director of the Cigna Foundation. Feeling the call to ministry, he stepped out of his corporate career in 2019 to pursue ordained ministry in the United Church of Christ. He has served as the Sabbatical Pastor at the Westfield Congregational Church in Danielson, CT, Resident Seminarian at First Church of Christ Congregational in Suffield, CT, and has held various positions at his home church of Asylum Hill Congregational in Hartford.
Figliuzzi said his initial time working for the Conference made him want to join the team longer term.
“This is a unique opportunity to help the Southern New England Conference, in its formative stage, to really live up to our mission,” he said. “I’m excited to join a group of outstanding colleagues who are equipping and empowering ministry.”
Since coming on board, Figliuzzi has expanded the Conference’s social media presence, for example by enabling fundraising via Facebook and getting the SNEUCC approved as a charity with Guidestar.
“The conference is interested in taking philanthropy to its next level,” he said. "What’s important to me, coming from a business background, is that people understand that philanthropy is not the caboose; philanthropy drives the engine. It’s not something we do outside the work of the Conference. Everything that happens – when churches consult with the Area Conference Ministers, or send campers to Silver Lake – all those touchpoints happen because of the generosity of institutions and individuals.”
David Figliuzzi’s role is to focus on securing contributions from individuals, and in applying for grants. He joins another David on the Conference’s Development Team: the Rev. David Cleaver-Bartholomew, the Director of Stewardship, who works on institutional giving within the Conference.
Figliuzzi and his husband, Rob Phillips, reside in West Suffield, CT.