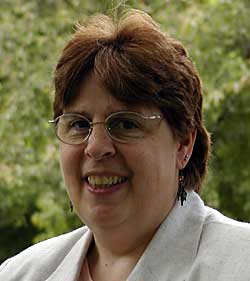 Cecile Gilson, Executive Assistant to the Conference Minister, has announced her plan to retire from the Connecticut Conference staff in August after 17 ½ years. Gilson joined the staff on March 6, 2000.

Gilson was first hired to be a receptionist and editorial assistant for ConnTact, the Conference's printed news publication at the time. She assisted ConnTact Editor the Rev. Hal Chorpenning in sharing Conference news, events, and other communications. Gilson remembers her second day on the job having lunch with Chorpenning, Rev. Eric Anderson, and Rev. Denise Esslinger. The three were discussing a name for the brand new email distribution service, which became FIDO, an email list serve and discussion service that was retired just this past winter.

In 2001, Gilson added the role of Coordinator for Wider Church and Justice Ministry. She assisted both Rev. Gordon Bates and Chorpenning in justice and witness initiatives, and found a passion for work that would continue for the rest of her career. During this time, Gilson began working to become a Commissioned Minister and was commissioned on March 22, 2006. The next day, Gilson became the Administrative Assistant to Rev. Davida Foy Crabtree, the Conference Minister at the time.

Gilson's passion for justice and witness has grown through the years and led her to be involved in several ministries beyond her day-to-day work. Early in her career she became involved in the Open and Affirming Movement and was trained as a consultant to churches in discernment. She continues to work with churches exploring the process of becoming or redefining their commitment to being Open and Affirming. Gilson has also worked very closely with the Conference's Resolutions Committee, helping advocates draft and submit resolutions for consideration at Annual Meetings. Annual meeting delegates and guests often recognize Gilson as she has been a critical part of planning and executing these Conference-wide meetings for years. She has also served on the Hartford Committee on Ministry and is an active member of Immanuel Congregational Church in Hartford.

Rev. Siladi praised Gilson's commitment and passion in announcing her retirement. "Cecile Gilson has been an awesome colleague to work with over the years. I am so grateful for her attempt to keep me on 'track' and for her attention to so many details not only regarding my office but the entire Conference.  She has a compassionate heart, a deep love for the core values of the United Church of Christ, a great sense of humor and an understanding of the complexities of administration that takes place on a daily basis.  Cecile puts her heart and soul into her work, and she will be deeply missed.  We wish her all the best in this next phase of life and give God thanks for her unwavering commitment and dedication to the CTUCC."

Gilson's last day is August 4. A celebration of Gilson's ministry will be held on June 25 from 2:00 – 4:00 PM at Immanuel Congregational Church in Hartford.

After she retires, Gilson plans to visit family in Vermont and will leave in September for an extended trip down the east coast to West Palm Beach, FL, visiting more family along the way. She hopes to continue to be active in her home church and wants to explore some new opportunities, like volunteering with Hands-On Hartford, a nonprofit organization that serves Hartford’s neediest residents. Gilson also shared that she has been asked to consult for the national Open and Affirming movement and says she would be willing to talk with them in January. 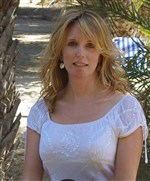 The new Executive Assistant to the Conference Minister will be Sioux Wilusz, currently the Registrar and Program Associate.  Wilusz joined the Conference staff in 2012 after 20 years working in the corporate world. In her current role, she works closely with authorized ministers and associations all over the state, supports the work of the Conference's regional minsters, and assists the work of Associate Conference Minister for Transitions, the Rev. Michelle Hughes. In addition to keeping records of callings, Installations, and Ordinations, and assisting clergy and associations with changes of ministerial standing, she has been critical in training clergy in boundary awareness and assisting new clergy with their transition to the CT Conference through a New Clergy Orientation program. Wilusz has already begun working with Gilson to make the transition to her new role as seamless as possible.

The Conference has begun a search for a new Registrar and Program Administrator. Resumes and letters of intent from those interested in the position should be sent to the Conference by July 7.  A full job description and details one requirements can be found here. The start date for this position is July 24.