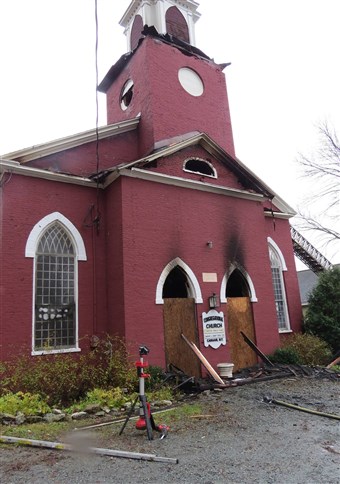 The Canaan Congregational Church was severely damaged in a fire on Monday, and Pastor Charlie Close said the congregation is awaiting word on the structural integrity of the building.

No one was at the church when the fire broke out early Monday morning, and there were no injuries. Close said the fire appeared to have started in the wiring of a light fixture in the church's front foyer, directly below the church's bell tower.  The front of the church and the bell tower were badly damaged. The church also has a hall that is in a separate building.

The congregation held a meeting on Monday night with members of the community, and will be worshiping for the next two or three weeks in the town's firehouse while they determine their next steps.

"The whole community has risen up in support. The whole town is hurting from this," Close said. He said the congregation received a dozen offers of places to hold worship, including a Buddhist temple, a mosque and a synagogue along with UCC, Presbyterian and Methodist churches.

"People have been incredibly generous," he said.

Close said the congregation needs time to discern what it needs to move forward. Updates will be posted through the Massachusetts Conference in the coming weeks.. 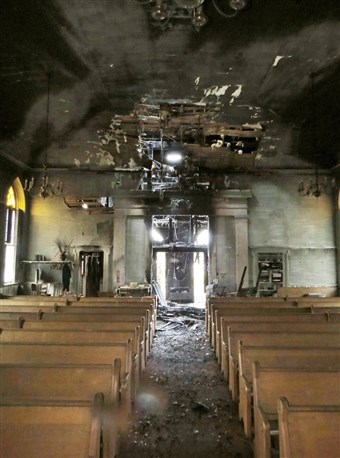 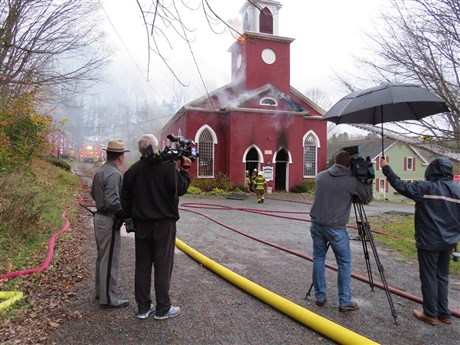