A Look Back At Conference News in 2017

A Look Back At Conference News in 2017 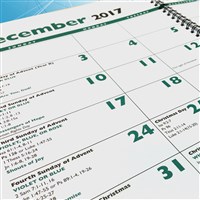 As we say goodbye to the year 2017 and welcome the new year with hope and wonder, let's take a look back at some of the 121 stories and 62 blog posts brought to you by the Connecticut Conference newsroom.

2017 was a year of transitions for the Conference Staff. Rev. Day McCallister's departure in May attracted a lot of attention, as did Cecile Gilson's retirement in August. Jane Fawcett, Michelle Hughes, and Alan Munshower all departed this year as well. There were some additions too. Heather Dineen was hired in January as the Development Associate for Silver Lake Conference Center. TJ Harper began working in June as the Associate for Racial Justine Ministry, and Jill Ford was hired in July as the new Program Associate and Registrar, replacing Sioux Wilusz who moved to Gilson's vacant position. Susan Townsley returned to the Conference staff in October to work with church leaders on innovation and change. In November, Debby Dionne began working with the Connecticut Conference on budget and finance.

Around the state, local churches continued to respond to the changing landscape of church-goers and the spiritual needs of their communities. United Congregational Church of Bridgeport sold its property, only months after a partial roof collapsed in its chapel. They are now worshipping in a temporary location as the congregation remains a community in search of a home. First Church in Windsor, UCC, took steps to remedy an injustice in their town's history, while First Church of Christ in Simsbury looked to some future leaders to tackle community justice ministries. And churches all over the state responded to the immediate needs of refugees, those experiencing homelessness, and relations with their Muslim neighbors, engaging in conversations that sought to bring people closer together in a time when division seems the current political course.

Here are some of the most read stories and blogs of the year: