Super Saturday Sermon 2013: Safe in the Arms of Jesus

Super Saturday Sermon 2013: Safe in the Arms of Jesus

10/30/2013 - Conference programming Super Saturday
Share
Sermon delivered by The Rev. James Moos, Executive Minister of Wider Church Ministries UCC and Co-Executive of UCC/Disciples’ Global Ministries, at Super Saturday on Oct. 26, 2013, Franklin, MA.
Safe in the arms of Jesus,
Safe from corroding care,
Safe from the world’s temptations;
Sin cannot harm me there.
Free from the blight of sorrow,
Free from my doubts and fears;
Only a few more trials,
Only a few more tears!
So why is that we gather today to talk about Risking Vision?  Fanny Crosby’s old hymn assures us that we are “Safe in the arms of Jesus.”  Where’s the risk?  We’ve been set free from corroding care.
Safety is an American obsession.  Flying out here, I was watching the flight attendant give the safety demonstration for what seemed like the 10thousandth time.  “To tighten the seat belt, pull on the loose strap.”  And “in the unlikely event of a water landing, the vest can be manually inflated by blowing into the tubes.”   Flight attendants aren’t there to serve us sodas.  You can hardly talk them out of a full can anymore.  They’re there to keep us safe. 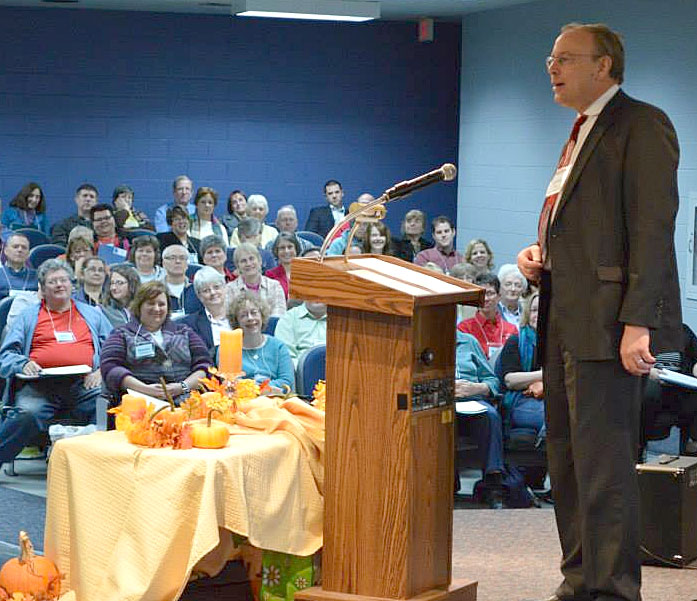