Inspired by letters and measures taken by Massachusetts Conference Minister and President Jim Antal, the members of the Trinitarian Congregational Church of Warwick are taking action and divesting. For several years the church has been holding 70 shares of Exxon Mobil Corporation stock that were donated to them, and reaping the cash dividends. However, on March 10th, the members unanimously voted to divest the church of those stocks. 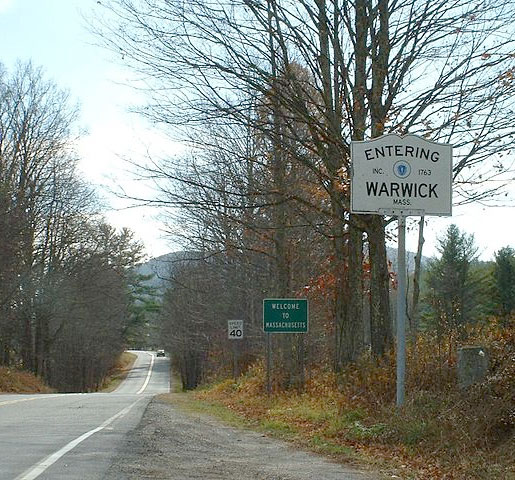 “It was the right thing to do,” said Pastor Dan Dibble. “We have been given a beautiful abundant earth to support and we are not caring for it. We are extracting from it and it is time to give back. By divesting, we are putting our money where our mouth is, and taking away from the industry that extracts, pollutes, and contributes more rapidly to climate change.”

In a December news article, Antal said: “Divestment can be a tactic to communicate to fossil fuel companies that there are thousands of institutions, and hopefully millions of people, who don’t want to profit from wrecking the earth.”

"As one can tell by the vote, our congregation was definitely in favor of divesting the church of stocks related to fossil fuels" said Karro Frost, a deacon at the church. "Personally I hope that some members of the church, and of the greater community, will choose to look at their own portfolios and divest."

The Massachusetts Conference Board of Directors in December voted to bring a resolution to the United Church of Christ General Synod this summer, calling on all settings of the denomination to divest from fossil fuel companies.  The Central Atlantic, New York and Southwest conferences joined on as co-sponsors and other conferences and local churches have voted to endorse the resolution.  (The resolution and more information on it are posted at: macucc.org/divest.)

The Warwick church is located near the Connecticut River, near the New Hampshire border, in an area surrounded by woods and wildlife. Sixty percent of the town is under conservation restriction, so the congregation is very aware of environmental changes caused by pollution and the changing climate.

“We can see that the trees themselves are sick,” said Dibble. “There are signs of stress are all around us.”

He continued, “Although we were prompted to divest by Jim’s letter and by the proposed resolution being submitted to Synod, this is not an aberration for us. We are very aware that we are stewards of the environment. We have several members who do environmental and biological work in the area. Our church sponsors an annual community roadside cleanup, and we have a community garden that helps supply the food pantry. Divestment is just another action we can take to show our concern for God’s earth and fits in the way we have been living for quite awhile.”

Frost added: "Divestiture is only one small step, and many of us don't hold portfolios with specific stocks, so we need to look for other ways that we can contribute to reducing our own carbon footprint and reduce support of the fossil fuel industries. There are lots of options, including buying electricity that has been produced in sustainable ways, carpooling to work, and in general being more conscious of what one does and its effects on the earth."

While the de-investment transaction is in process, the church is researching options for the funds they will receive. “We need to decide if we will re-invest the money in other stocks, or possibly install photovoltaic cells on church buildings,” said Dibble. “My sense is that solar panels will have a great deal of support.”