Sermon by the Rev. J. Bennett Guess given at the 213th Annual Meeting

Sermon by the Rev. J. Bennett Guess given at the 213th Annual Meeting

‘The Church is a Place’

Now I realize I’m going to have to defend that, because those words go against the grain of everything we’ve been taught, everything we’re supposed to believe about Christian community. The church isn’t a place we go to, we say. We are the church.
Anybody who’s witnessed the idolatry that grows alongside a beautiful, beloved sanctuary will be the first to argue against it: the church is not a place. Anybody who’s spent too many years on a board of trustees can attest to that.
Whenever a tornado topples a once-formidable steeple, or a fire ravages an impressive, historic sanctuary, it’s the first reassuring sentiment we can think of to say: the church is NOT the place. And that’s true. 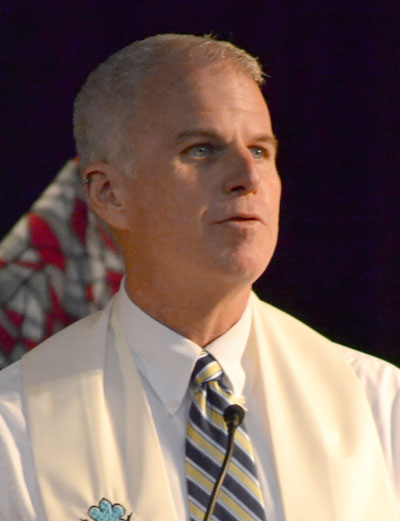