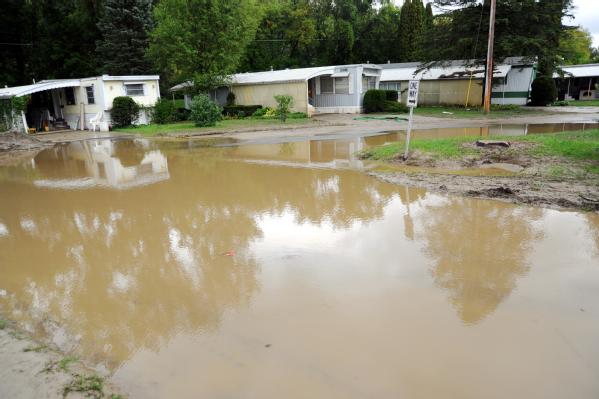 Seven months after Tropical Storm Irene devastated portions of Northwest Massachusetts and Vermont, the situation remains difficult for many victims in Williamstown, Mass. (Read more about the struggles in a recent Boston Globe article.)

Thanks to a gift from Adams Square Congregational Church in Worcester, which closed last year, the Massachusetts Conference has been able to make a $7,000 grant to Higher Ground, a non-profit led by First Congregational Church, Williamstown.  Our UCC pastor Carrie Bail, is leading a Long Term Recovery Group to assist in the continuing recovery efforts. Nearly 200 folks lost their housing as the flood waters rose and swept through a mobil home village.  This grant will fund a case manager who will assist the low income families and individuals who have been displaced from their homes.