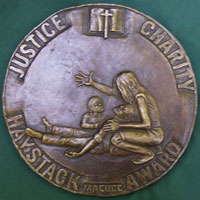 The Commission for Evangelism and Congregational Vitality announced the following award: 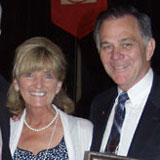 Jim and Diane Scovil
Mashpee Congregational Church
Jim is the founding pastor of Mashpee Congregational Church, UCC, on Cape Cod.  Jim and Diane started this church with just themselves, and in four years built this faith community to a self-sustaining congregation.  Both Scovils spent innumerable hours networking in the Mashpee area, meeting new people and gathering them into small groups. After about a year of networking, public worship was launched, and today this church is worshipping over 100. This congregation was a “5 for 5” giving congregation in its first year and has worked extensively with the Boys and Girls Club as a primary mission project.  Jim and Diane Scovil epitomize the spirit of evangelism, sharing the good news of Jesus Christ and welcoming strangers in to a faith community. We are delighted to honor the Scovils for their outstanding work.

The Commission for Mission and Justice Ministries announced the following awards 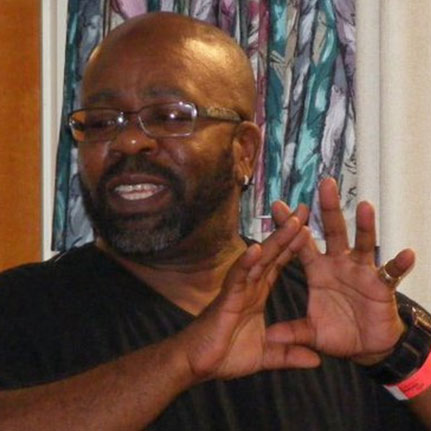 Louis Mitchell
Co-Founder of Recovering the Promise Ministries, Springfield
Louis Mitchell provides leadership and inspiration - both spiritual and pragmatic - for diverse populations both inside and outside of the church. He is as comfortable preaching hope and offering resources in a bar or prison as he is in a church fellowship hall. His passion and talent for facilitating conversations at the intersections (particularly disability, race, and GLBT issues) inspired this nomination, as his “bridge-building” prowess helps diversify the ecosystem of the UCC. 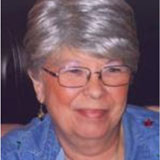 Kay Russell
Founder of the Thrift Shop, Pawtucket Congregational Church, UCC
Kay initially set out to create a unique and ongoing fundraiser for the church: a thrift shop. But as the project unfolded, the good work spread and the benefits reached out globally.   Kay was energetic and very serious about the thrift shop that she envisioned, proposed to the church, and then helped to make into a reality. Once opened, Kay was a constant figure at the thrift shop – often believing things should be done NOW and would either do it herself or supervise the job being done. Because of her personality, her determination, and her ability to infect others with her generous spirit, Kay created a community of people who help The Pawtucket Congregational Church, UCC to provide what has proven to be a very important service in the greater Lowell area. 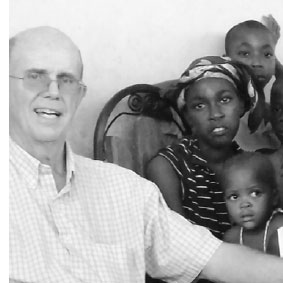 Mark Pohlman
CONESPEH, the national association of churches in Haiti, a Global Ministries partner
Mark has traveled to Port au Prince numerous times over the last twenty-some years, started scholarship funds for the schoolchildren, and arranged fundraising to provide nursing kits for the nursing students. He is passionate about being fully in relationship with our brothers and sisters in Haiti, assisting where he can, and listening to their needs. On a recent trip to view the reconstruction of the CONESPEH building following its collapse in the January 2010 earthquake, Mark presented a bronze plaque inscribed with the names of the nursing students who had perished. What came as a surprise to him was that they decided to name the park - where the children are attending school under tents at the moment - the Dr. Pohlman Park. He is held in highest regard by the people of CONESPEH and works tirelessly on their behalf. 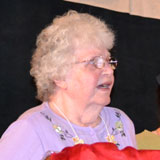 Shirley Lewis
Barre Congregational Church, UCC
Soon after Shirley retired from teaching second grade for more than 30 years in the Auburn, MA school system, she decided, in her words, that she wanted to do something with the rest of her life that would be worthwhile and would help people…as if teaching hadn’t been enough! She loved to sew and work with her hands; she also believes God wants people to share the way they practice their faith in order, one might say, to find common threads. So she extended an invitation to the other churches in Barre for any women who loved to sew or make quilts to join her on Wednesday mornings. That was 14 years ago, and most of the members of the “interfaith group” that meets in Shirley’s home have been with her since the beginning. She is the cord, plug and outlet all in one, and Christ at work in her is an impressive generator that produces such light as a result of Shirley’s selfless efforts.