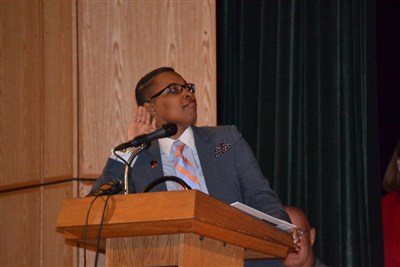 "Everyplace I went professionally it was just me," she said. "And, I was under 40. I was the youngest person on the staff, the only person of color on the senior staff, and a woman in a male dominated field."

As she prepares to leave the Conference staff for a call to a local church, McCallister says she is so glad that so much has changed.

"The thing I’m the most proud of is that our staff has multiple people of color; the New England region has people of color on staff. That means more to me than anything," she said.

None of that was accidental. First, Day credits former Conference Minister Davida Foy Crabtree with having the vision to create a senior level youth ministry position, for which she pursued Day. That, she, said, meant she was part of the decision making when it came to things that had an impact on the Conference's systems and culture.

"I could be part of the dialogue. Being there in a senior staff position, not just there to run a program, meant that I could effect the institution of the Connecticut Conference," she said.

Day recalls her first few years on the staff spending a lot of time at the Silver Lake Conference Center in the summer, spending time with the deans and the conferees, which she says later gave her the connections and credibility to start the Annual Youth Revival, now the largest intergenerational event in the Conference. Other programs she started were the Rev. Dr. Joseph Clemmons Job Training Program (JCT) and Thinking About Working For God (TAWFG). The JCT program was designed to diversify the applicant pool for SLCC summer staff by introducing youth of color to Silver Lake while providing them with skills for future employment. These programs, she said, are nurturing a new generation of church leaders, many of color, something desperately needed in a denomination with so few clergy under 40.

"Now we have a pipeline of kids of color, a viable pool of candidates when Silver Lake is seeking staff ," she said. That kind of impact, Day said, is what leaves her most proud. 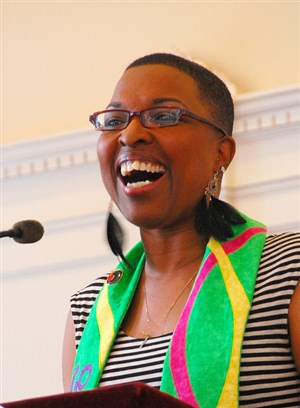 That program, she said, will go on without her.

Day said in the same way that a change in leadership can help a church that is growing from a pastoral size church to a program size church, her leaving will help the Racial Justice Ministry to grow.


Tiffany Vail is Associate Conference Minister for Communications for the Connecticut, Massachusetts and Rhode Island Conferences of the United Church of Christ.