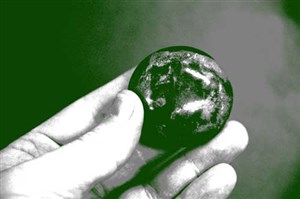 HARTFORD (04/05/2016) -- March 9 was the 175th anniversary of the freeing of the Amistad captives. It is our story as well. Remember in 1839 they had been arrested on Long Island Sound after trying to have the slave ship Amistad return them to Africa. The Spanish in Cuba wanted their "slaves" returned as stolen merchandise. The Africans were tried in New Haven, with the support of several area Congregationalists, including the lawyer Roger Baldwin. Eventually they won their freedom, but the case was appealed to the Supreme Court. Roger Baldwin prepared the defense and John Quincy Adams delivered the presentation before the Court in February 1841. On March 9, 1841 the Supreme Court ruled in favor of the Mendi captives and they were set free. This case is often considered the first successful appeal to the Supreme Court for the rights of blacks.

By the latter part of March they had been settled in Farmington, awaiting a way to return to Africa. Farmington had been active in anti-slavery and abolition efforts, and later the Underground Railroad. Its pastor (since 1806) was Noah Porter. While in Farmington they attended First Church. They were provided instruction daily by local clergy, mainly pastor Noah Porter, as well as students from Yale. There was general support for the Mendis from the people of Farmington. James Pennington of Hartford and members of his Talcott Street (now Faith) Church also provided support and instruction for the Mendis.

Efforts were then made for the Mendis return to Sierra Leone and the establishment of a mission there. Pennington and others (including Amos Beman of Temple Street Church in New Haven -now Dixwell Avenue) called for a convention of blacks in August 1841 which formed the Union Missionary Society, whose main purpose was the support of the Mendi mission. The Amistad leader Singbe and four other Mendi attended this convention. The Farmington church was instrumental in raising funds for the return trip and the Mendis traveled around the Northeast in programs to raise funds. Eventually almost $2,000 was raised. On November 18, 1841 the surviving 35 Mendis began their journey back home. They were accompanied by five missionaries, including several black members of Talcott Street Church. Pennington had been asked to accompany them but he felt obliged to stay with his church. In January 1842 they arrived in Sierra Leone.

Just a few years later, in 1846, this Union Missionary Society merged with several other groups to form the American Missionary Association. This AMA sent missionaries to teach and train underprivileged people in this country and abroad, particularly blacks. The AMA became especially active after the Civil War, founding over 500 schools and colleges to educate freed slaves.

And the American Missionary Association is still active in the support of six predominately black colleges in the south. All this stems from the Amistad event over 175 years ago.

The Rev. John Van Epps is Archivist of the Connecticut Conference UCC.

John Van Epps collects, preserves, organizes and maintains the Southern New England Conference's archival collection.  This includes an extensive library, the records of the churches and clergy, publications and other information. He assists ...