5/10/2018 - Justice and Witness
Share
The Connecticut Conference Board of Directors has selected three recipients for the 2018 Living Waters Award. Marjorie Roach is a retired nurse and a member of First Congregational Church of Coventry. Hugh and Kate McLean, both retired educators, are members of First Church of Windsor. All three will be presented the award at the 151st Annual Meeting of the Connecticut Conference on June 15-16, 2018 at Mass Mutual Center in Springfield, MA. This meeting will be part of a joint meeting of delegates from the Connecticut, Massachusetts, and Rhode Island Conferences, UCC.

Persons honored by the Living Waters Award are those who work for justice, live ethically, build community, and promote the common good in their workplaces and in their communities. This award recognizes outstanding Christian ministry, life, and witness that is done outside the church setting as an expression of one’s faith. 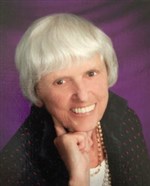 Marj, now retired, has worked at the Connecticut Institute of Living and at Hartford and Manchester Hospitals in both the intensive care and mental health settings. After years dedicated to the well-being and safety of others, Marj continues to serve actively in her community. She works part-time as a Registrar of Voters in Coventry and has done so for over 35 years. She is known as a resource person for the Town Human Services Department due to her wealth of knowledge on the specific needs of people in the community. She originally organized and now supervises the Coventry-area Food Share program. She has served on the boards of several public service organizations including the Windham Regional Transit District, the Regional Visiting Nurses Association, the McSweeney Senior/Dental Center in Willimantic, the Eastern CT Chapter of the General Federation of Women’s Clubs, the Board of United Services, and the Board of the Windham Regional Community Council. Marj is also the Rent Manager for affordable housing units owned and sponsored as a community outreach ministry of First Church.

Hugh and Kate McClean were classmates at the Westtown Friends School near Philadelphia in the late 50’s. The Quaker boarding school influenced both their lives and instilled in them an understanding that the Spirit will guide them to use their gifts to promote peace, non-violent conflict resolutions and respect for all God’s creatures. They were married in 1961. 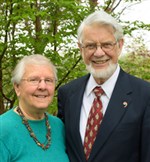 Hugh became a professor while Kate became a teacher and eventually director of the First Church Nursery School (Windsor). They spent two years teaching in Nigeria where their commitment to non-violent protests to oppression was strengthened. They later traveled and worked with Plowshares Institute, a CT-based organization that was dedicated to non-violent intervention to conflicts around the world. Back home in Windsor, the McLeans became involved with the Hartford Sister City project in Nicaragua, and partnership efforts with the church or conference in South Africa, Colombia, and Korea. Other ecumenical ministries the McLeans worked with include the Hartford-based Family Life Education program, the Christian Activities Council’s initiatives to promote Affordable Housing, and the state-wide Connecticut Freeze (the Arms Race) Campaign.

Both are now retired and still very active in the Windsor church.