Conference may not renew lease of Craigville Retreat Center

Conference may not renew lease of Craigville Retreat Center


The Massachusetts Conference’s 55-year history of operating the Craigville Retreat Center on Cape Cod may soon come to an end.

The Finance Committee of the Conference’s Board of Directors will recommend to the board in October that the Conference decline to renew its lease to operate the retreat center, which expires at the end of 2015.

The Craigville Retreat Center is owned by the Christian Camp Meeting Association (CCMA), a nonprofit organization founded in 1871 to facilitate camp meetings of the Christian denomination, one of the four predecessor denominations of the UCC.

The Conference’s Finance Committee has been considering the issue for some time, and has reached the conclusion that operating Craigville is not central to the mission of the Conference, which is to nurture vitality and covenant among local churches.

Associate Conference Minister Dawn Hammond, who staffs the Board, explains that interest among MACUCC churches in using Craigville has declined steadily for at least 20 years. Currently, the retreat center is used by fewer than 10 percent of Conference churches, and most of those use it just once a year. Approximately 80 percent of Craigville usage is by groups and persons not related to the United Church of Christ.

In that same time period, the Conference Board of Directors has had to cut MACUCC staff several times due to budget constraints. Operating Craigville requires considerable administrative time and attention by the Conference staff based in Framingham, who oversee the $1 million operation and retreat center staff. The Conference does not earn any money for other ministries by operating Craigville: any surpluses from operating the retreat center are invested back into Craigville for equipment and other expenses. 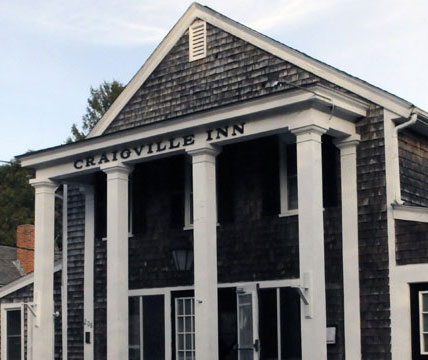 “It is always a difficult task to weigh fiscal responsibility against program(s) that offer vitality to even a few of our churches,” said Conference Treasurer and Finance Committee Chair Rick Lawrence, who has been involved in the conversations for a number of years. “Operating Craigville no longer appears to be fiscally responsible, given dollars spent and staff time expended, as it does not nurture the overall covenant among our Conference of churches.”

The Board of Directors is hosting a conversation on Monday, Sept. 15, at 7 PM at the Edwards House Meeting and Retreat Center for anyone who wishes to come hear more about the Finance Committee recommendation and express their thoughts on the matter. There is no cost to attend, but anyone planning to come is asked to RSVP by using this form.

The Board of Directors will take up the issue at their meeting early in October. They must notify the Christian Camp Meeting Association by October 31 if they elect not to renew the lease.

A Board vote to cease operating Craigville does not necessarily mean the end of the Craigville Retreat Center. The leadership of the Christian Camp Meeting Association has consistently voiced their intention to explore other management options in order to continue to operate a retreat center on the site.

Hammond said the Conference investigated ways for the Craigville Retreat Center to be more effectively used by the Conference to carry out its mission. In 2010, the Conference and the CCMA engaged in a shared consulting process with Run River Associates, nationally-known and highly-regarded experts in nonprofit retreat and conference centers. The consultants concluded that making better use of the retreat center would require significant organizational change and increased investment by both organizations.

“For the MACUCC, additional staffing would be required for one-on-one outreach to pastors, market research, data analysis, and program development and implementation,” Hammond said. “And, it would be many years before anticipated additional retreat income might be expected to cover the cost of upgraded staffing.”

Hammond said the Finance Committee is also aware that many churches do not choose Craigville for retreats for a variety of reasons, including cost. It has been a continuous challenge to keep rates low enough for churches to afford while raising enough income to pay staff, pay rent to CCMA and to pay expenses. That issue is not likely to go away.

Even f the Board votes not to renew the lease, the Massachusetts Conference will continue to operate the retreat center until December 31, 2015.