First there was a Facebook post.  Then the phone call came.  A recent high school graduate, someone who had been at the community Baccalaureate service just 7 months ago, had died.  The circumstances of the death were ambiguous.  The Twitter sphere went wild with speculation about the cause of death.  The school has subsequently scheduled an informational program about substance abuse, but ultimately what mattered was the death of a teen with no warning.   A family, the family that had done everything in the community and helped others, was left with a massive hole in their lives.  The friends of the deceased needed a place to gather, to grieve.  The deceased was not involved in any local church.  That was Sunday.

On Monday the pastor contacted the high school guidance counselors to offer what assistance we could to staff and students.  That offer was politely considered but nothing concrete resulted.  She also contacted the other pastors in town.  Their churches had nothing planned at that point.   That night, we discussed the situation at our church council meeting and developed a plan to open Union Church to any who would like to come on Wednesday night.  We wanted occur as soon as possible, and before the weekend funeral service at the local Unitarian Church.

On Tuesday, the pastor contacted the other area churches and the school principal's and guidance offices to tell them what we planned on doing.  We offered to create a space where  friends and community could grieve, and if need be, ask questions about funerals and memorials since for many teens, this would be their first encounter with the death of a contemporary.   We made it clear that this was to offer hospitality to the whole community.  The other churches agreed to spread the word through their own social media and email networks.  The school's principal called back and offered to put our "program" on the school's Twitter feed that went out to the community. 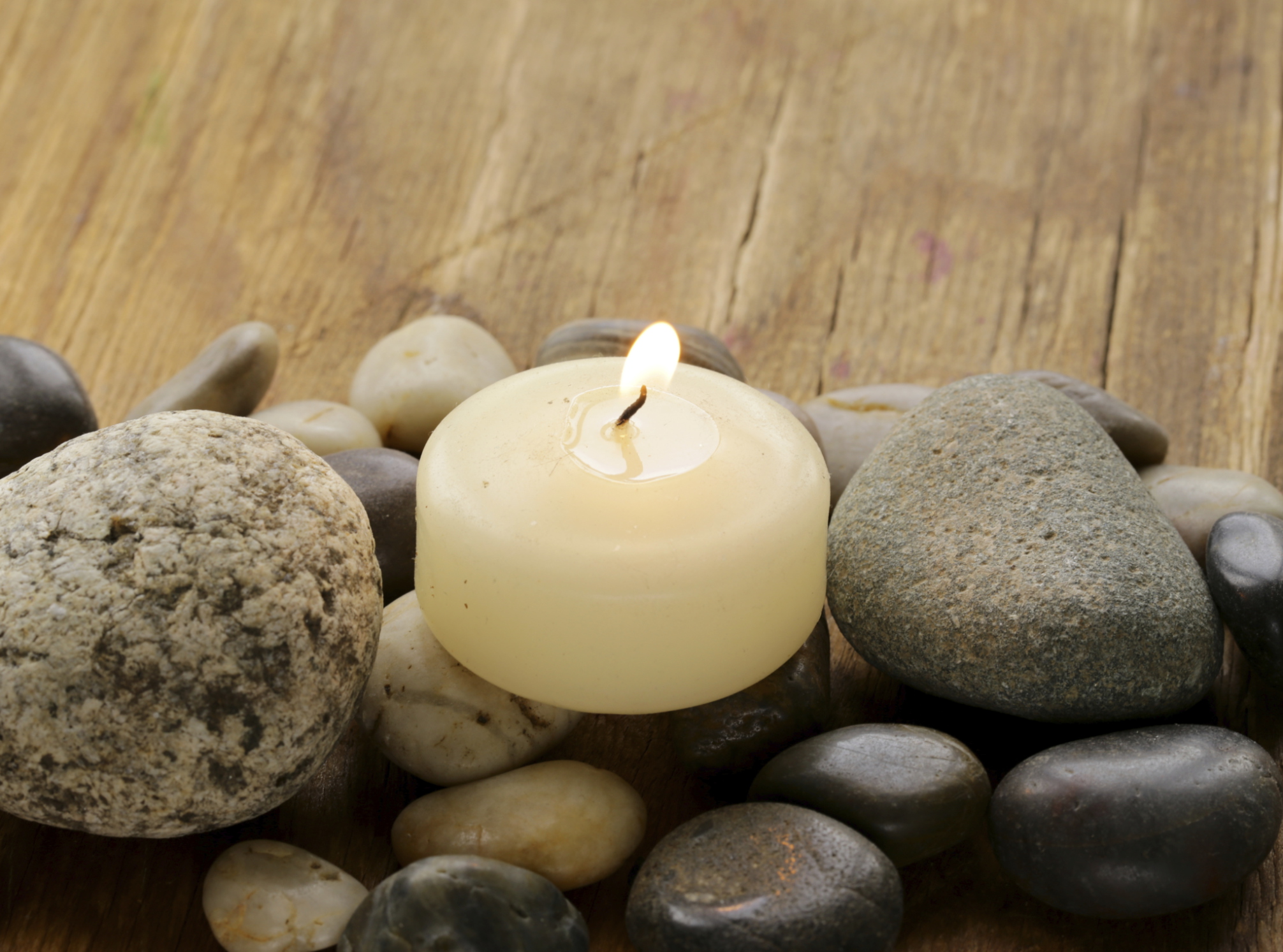 On Wednesday afternoon and early evening, we implemented the plan so that people could come as they wished between 7:00 and 8:30 p.m.  We created multiple stations to allow people to come together, talk, share stories or be in silence.  We set up candle-lighting stations in the sanctuary and in our upstairs prayer room.  We encouraged people to remember their friend through tasting salty, spicy, and sweet snacks to remember the flavor, the spice and the sweetness that the deceased had brought into their lives.  We set up the prayer room with bean bag chairs as a place to hang out and chat.  We had music playing and a portable speaker that could be paired to a smart phone in case people wanted to choose the music they wanted to hear.  We had beach stones available and a short ritual that people could do to remember their friend who had been a rock for them.  We arranged to have deacons, the pastor, and parents who knew the deceased to just be present in case people wanted to talk, and to make sure that we could look out for anyone who might be having a particularly hard time.

A little bit before 7:00, a group of teens gathered in front of the church.  One parent, who was known to them all, invited them inside out of the snow.  More and more came.  Soon, laughter and stories were mixing with silence and candle lighting and the crunch of people snacking.  At one point, three friends looked at the pastor and said that they needed to hear some different music.  The pastor invited them to sync their smart phones with the speaker.  One of them commented they had never been in a church before and was it really all right to play "their kind of music" in a church?  The pastor told them to play what they needed to hear.  Pretty soon, heavy metal music and the "f" word were blasting while the three friends sat and listened.  They played the same song, over and over again, nodding in time to the music with an occasional comment about how this was the deceased's favorite song.