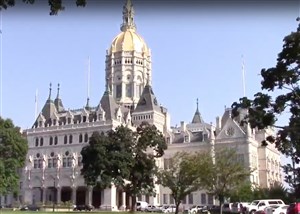 Thanks in part to the combined efforts of Southern New England Conference staff, church leaders, congregations and our ecumenical partners, the 2021 Connecticut Legislative session ended on June 9 with several new laws that churches in the region can view as victories.

Consider House Bill #6415: the Act Concerning the Removal of Liens on the Property of Public Assistance Beneficiaries. The bill eliminates the practice of the state of Connecticut taking money back from people who once benefitted from state assistance. Known to many as welfare liens, the state was regularly taking money from people who had received assistance in the past, but were currently living assistance free. Many of those people had rebuilt their lives, with new jobs, homes, and futures, until the state learned about some financial gain of the individual later in life and demanded money as reimbursement of the welfare assistance.

In 2019, GHIAA was assisting some Hartford tenants with lawsuits against landlords who had caused harm through neglect or the perpetuation of poor living conditions. During this work, members of GHIAA learned of the practice when some tenants were granted settlements during their lawsuits. Upon hearing of the settlements, the state stepped in and demanded repayment for past assistance, some going back 25 years.

According to Cori Mackey, Executive Director for the Center for Leadership and Justice, home of GHIAA, further research found that the welfare lien practices have led to foreclosures, and even prevented residents from renegotiating mortgage loans. There was no statute of limitations on the practice, and liens even transferred with inheritance, perpetuating generational poverty. On average, the practice was recovering $18 million annually from the poorest members of the community.

GHIAA leaped into action. Members gathered stories of the impact of welfare liens and began sharing those stories in churches. They reached out to legislators, many of whom had never heard of this practice and were appalled when the stories were shared.

A bill was introduced to end the practice of welfare liens in 2020 but that session was interrupted due to the Covid-19 pandemic. Another bill was introduced by the Human Services Committee and co-sponsored by Rep. Anne Hughes (135th District and member of First Congregational Church of Norwalk)  for the 2021 session. The bill was passed in February and signed by Governor Lamont in March.

Rev. Kari Nicewander, pastor of Immanuel Congregational Church in Hartford and a member of GHIAA's Steering Committee, said the passing of HB 6416 was the kind of success that shows what can happen when churches work together.

"When we actually work together as congregations, and use our power, instead of thinking of power as a bad thing, and start recognizing that power can be a beautiful thing that God can use for justice, then we can have more successes," she said.

Below are some other bills that were passed with support from UCC churches and the SNE Conference.

Connecticut will join the ranks of other states who no longer punish their prisoners after they have served their sentences.  This Clean Slate Bill will help thousands of formerly incarcerated citizens in Connecticut by clearing their records and paving the way to re-enter society with housing, education and jobs, opportunities that would otherwise be denied.  An individual would have to not reoffend for at least seven years afterward and ten years in the case of a felony to qualify for automatic erasure. There are certain offenses that will be ineligible to be erased.

After many years working to end Solitary Confinement in Connecticut, that bill also passed this legislative session.  Advocate argue that solitary confinement is torture.

Connecticut also took steps towards health equity by declaring racism a public health crisis, and will put in place a series of measures to address the racial inequalities in health care. At least five other states and dozens of municipalities have passed measures declaring racism a health risk. Connecticut's bill will provide benchmarks for data collection by race and ethnicity, establishing a commission on gun-violence prevention and requiring implicit-bias training for medical professionals who care for pregnant women, among other provisions.

Legislation also passed that could make Connecticut the first state in the country whose legislature has voted to make prison communication free. This win in Connecticut is just the latest in the prison phone justice movement and an incredible sign of the wins to come.

In contrast to the legislative victories, Connecticut approved legislation paving the way for sports betting and online casino gambling, despite years of opposition by the Conference and congregations. This requires approval from the federal Bureau of Indian Affairs at the U.S Department of Interior. One piece of good news, however, was that there will be a halt to the development of the East Windsor casino.

Michele Mudrick, Legislative Advocate for the SNE Conference, voiced her thanks to all who stood up for justice during this session.

"We would like to thank all clergy and lay leaders for your calls, texts, social media posts, emails, signatures to letters, and showing up at the Capitol (even though we were locked out of the building). Your voice made a difference!" said Mudrick.